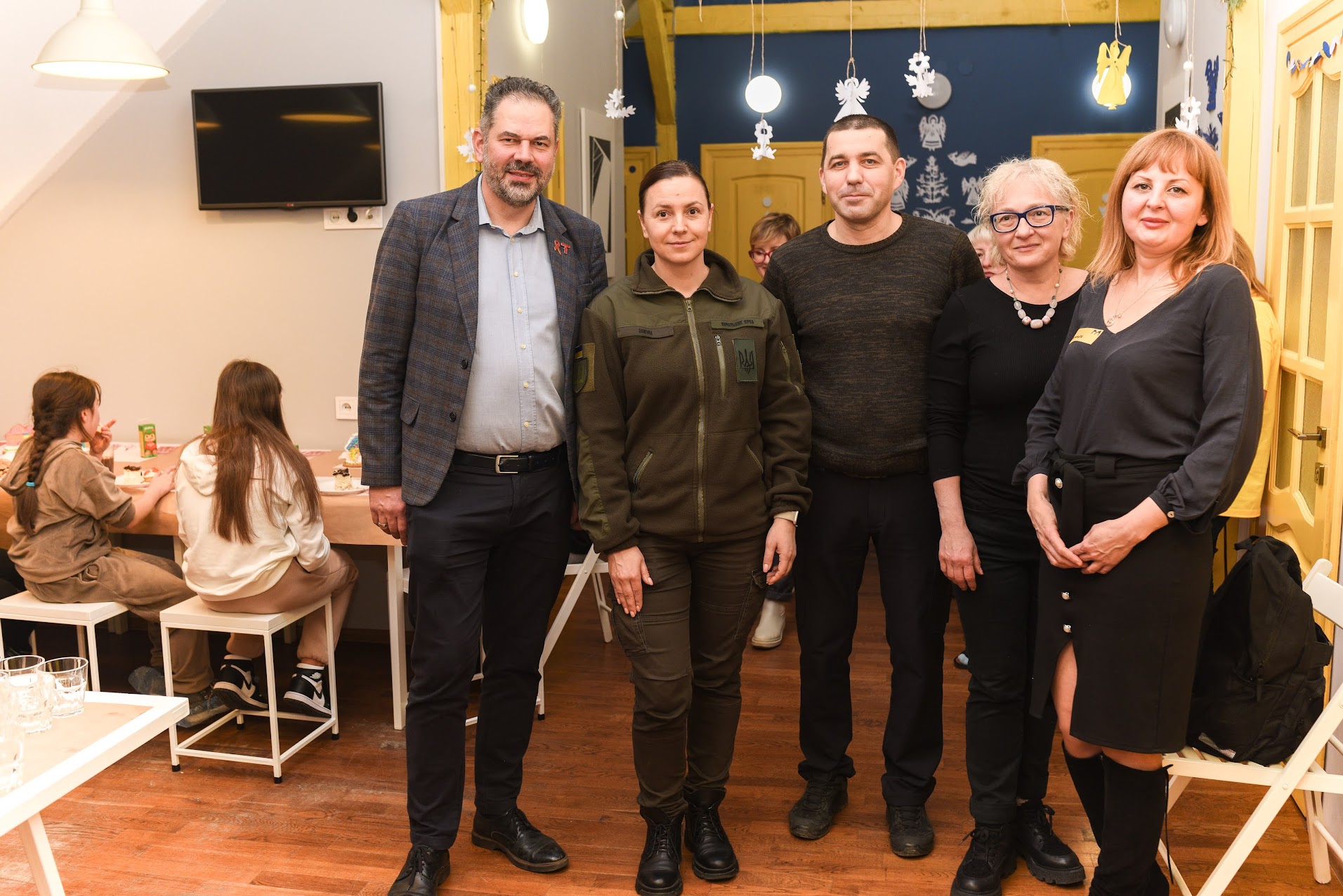 The APH Opened a Hostel Shelter for IDP in Downtown Lviv

The shelter is situated in the downtown, at Solomii Krushelnytskoii str., 3, which is very convenient for newly arriving people who need to resolve pressing logistical issues.

The shelter operates as a hostel with all the amenities. All employees are IDP, so they are best placed for providing peer-to-peer support. Accommodation and dining are free. The shelter can house up to 21 persons. The site will operate as an information hub providing consultations with lawyers, psychologists, social workers and, whenever required, medical counseling for members of key populations vulnerable for HIV, involving Help24 online platform.

‘The shelter is a very important thing, and there is a reason why we named it ‘Safe Place’, because this is what the people coming from temporary occupied territories or hostilities areas require the most. This facility definitely sets new standards for development of shelters, and we really hope it will become an important place for our guests who will be staying here, and an invaluable experience which we will scale up by opening shelters in other cities in 2023’, says Andrii Klepikov, Executive Director of ICF ‘Alliance for Public Health’.

Several families already dwell at the shelter. Yana and her daughter, Darya, left for Poland when the full-scale invasion started. Then they went back home to Zaporizhzhia. However, the frontline was very close to their home, the shelling intensified, and they were forced to leave home once again, fearing for their lives.

‘When missiles come in from Tokmak, it does make an impact. Thank God, my house is still intact. But this is really terrifying’, told Yana Pavlovska from Zaporizhzhia. The shelter offers broadband Internet connection, which allows her to continue working remotely. She is a history teacher, and she holds online classes for her students right from the shelter.

According to official information, the russian forces have attacked civilian objects 60 times more often than military ones. The most affected by these attacks is infrastructure of near-front cities.

Ukrainians help Ukrainians to restore the life ruined by russia

Because of the russian aggression, millions of Ukrainians have lost their homes. After numerous missile attacks, there are almost 300 thousand applications for compensation of housing submitted by Ukrainians through Diya e-governance app. According to estimates used by the Ministry of Communities and Territories Development, more than 2.4 million Ukrainians were residing in ruined or significantly damaged homes as of the beginning of Q4 2022.

According to the data of the Center for Countering Disinformation of the National Security and Defence Council, as early as six months into war, more than 3.5 million people lost their homes. The situation became worse when winter came and the enemy started targeting energy system; thus, the demand of temporary accommodation has been increasingly growing.

The Lviv shelter is a pilot project that will be used to develop general recommendations on standards and rules for providing such services in Ukraine’, says Anna Horkun, shelter project officer at ICF ‘Alliance for Public Health’. – What is special about this shelter is that we support IDP and create jobs for them, and provide peer-to-peer services. All the employees of the shelter are people who have moved to Lviv because of the war; they understand the mentality of the guests, they know how to support, to share the pain and suffering of other people, they speak the same language. It is very important.’

It should be noted that Lviv became one of the major hubs for internally displaced people (IDP) in 2022. According to the Social Protection Administration of Lviv City Council, more than 5 million people have passed through the city. About 200 thousand of them have stayed to live in Lviv. According to official registries, only slightly more than 109.5 thousand Ukrainians have been formally given the status of internally displaced people.

The team of the APH, based on the experience of supporting 25 shelters throughout Ukraine and the operation of the pilot shelter in Lviv, aims to develop basic recommendations on organizing such spaces and create a list of basic services for IDP. The document will be published at https://aph.org.ua for all stakeholders to use.

At the opening event, displaced children made their own little dream houses

The opening event was held in a warm, family-like atmosphere. A master class on making ‘little dream houses’ from gingerbread was organized from children from all around Ukraine who are currently staying in Lviv. And when all the gingerbread homes were already finished, a local Nativity Play, a vertep, visited the shelter.

All the actors were children living in the refugee camp in Lviv. Thanks to a civic activist and art expert Kateryna Kit, the guests of the shelter were able to watch a play adapted to ongoing events in Ukraine, and sing Christmas carols together.

‘For most of internally displaced people, it was the city of Lviv and Lviv oblast that became their safe haven, that is the place where people from all around Ukraine come escaping the war. Indeed, the Lviv region uses its social infrastructure to accommodate the IDP, but it just does not have enough facilities. Therefore, opening a new shelter is important for our city as it helps providing temporary place of stay for IDP who can rest here and receive psychological, legal and other kinds of support’, told Kateryna Kit, a civic activist and art expert.

A sort of visualization of hospitality of Lviv that has already received thousands of Ukrainians were the stickers from the guests and employees of the shelter indicating a town or village they had had to leave.

Within the country we are all at home!

Representatives of the local authorities supported opening of the shelter.

Khrystyna Zamula, Head of Lviv Rayon Administration: ‘I would like to thank you very much for this initiative. It is a great experience, and such projects remain relevant. I really want that people staying here to feel here truly at home! So that we all understood that within the country we are all at home! Thank you for this great initiative.’

Ivan Movchan, an advisor to the Mayor: ‘We are very lucky to live in a country of the bravest people. Last year, Lviv was awarded the title of ‘City Safe for Children’. At the international competition in the capital of Albania, Lviv was awarded the title European Capital of Youth 2025. And opening this ‘Safe Place’ shelter is very symbolic for Lviv; God willing, the Ukrainian Army will make us a safe country.’

Maryana Sluzhynska, Director of Lviv Oblast Public Health Center: ‘I personally, and our Public Health Center in Lviv, we have a great experience of collaboration with the Alliance for Public Health. I would like to once again express my admiration with how humane this organization is, how flexible it is to respond to the changing conditions, and how relevant and timely its initiatives are. Opening this shelter is very much needed in the relatively safe city of Lviv. I wish you success and expanding, so that there are more safe places, not just this ‘Safe Place’ here, and our whole country became safe.’

Address: Lviv, Solomii Krushelnytskoii str., 3 (near Ivan Franko park), 4th floor. If you would like to get accommodation at the shelter, please fill in the form: https://bit.ly/3ivXQdI

‘Safe Place’ shelter is opened through coordination from ICF ‘Alliance for Public Health’ under ‘Integrated Humanitarian Response in Conditions of War and Post-War Reconstruction’ financed by Disaster Emergency Committee (DEC), UK. The project supporting the communities and aimed at meeting their basic humanitarian, social, and medical needs and providing good living standards during the crisis is implemented with the technical assistance from Christian Aid.

Alliance for Public Health has been implementing programs enabling access and supporting adherence to HIV/TB treatment for 22 years. Since the beginning of full-scale war, a number of initiatives and programs have been launched: the Humanitarian Convoy that has transported more than 1 million tons of important goods, and HelpNow HUB, an international emergency support program for Ukrainian refugees abroad. You can learn more about our wartime work from our Situational Reports.

Gallery of pictures of the shelter opening 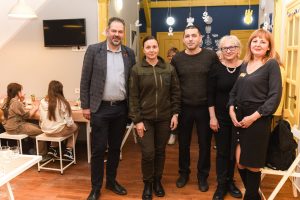 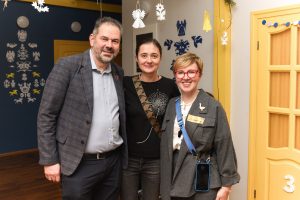 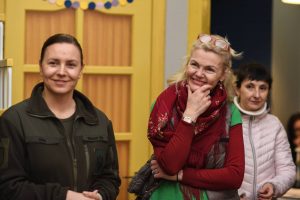 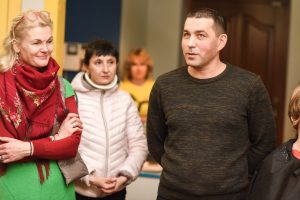 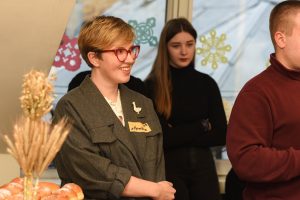 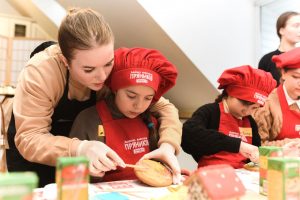 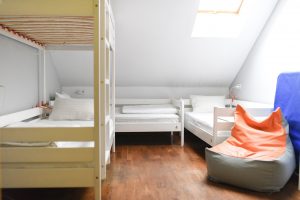 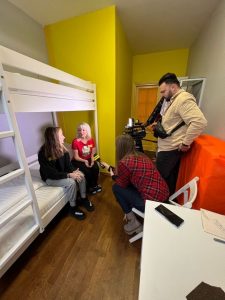 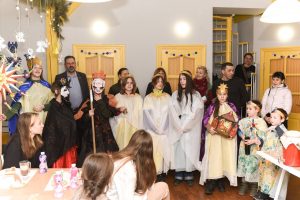 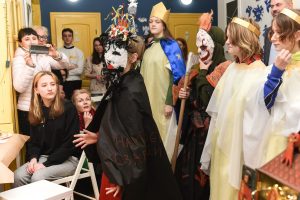 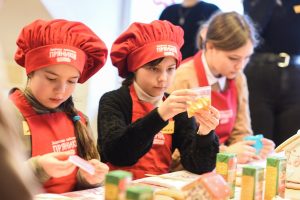 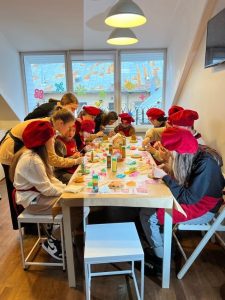 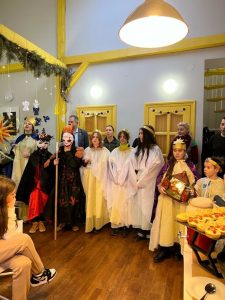 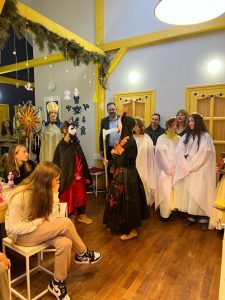 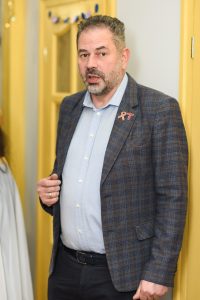