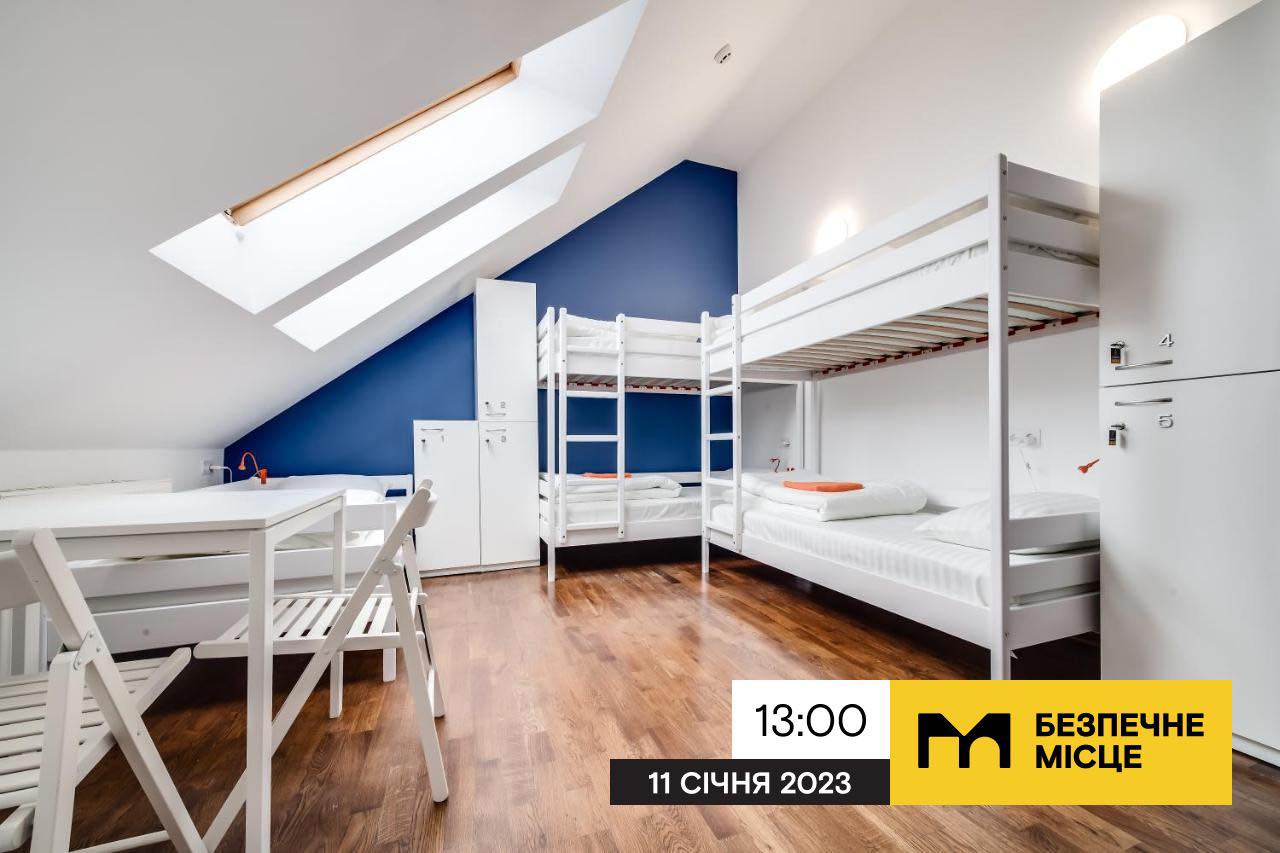 On Wednesday, January 11, 13:00-15:00, ICF ‘Alliance for Public Health’ will formally open the ‘Safe Place’ shelter in Lviv, at Solomii Krushelnytskoii str. 3 (near the Ivan Franko park) for Ukrainians who have lost their homes or have been displaced because of the russian missile attacks.

In 2022, Lviv became one of the major hubs for internally displaced people (IDP). According to the Social Protection Administration of Lviv City Council, more than 5 million people have passed through the city. About 200 thousand of them have stayed to live in Lviv. According to official registries, only slightly more than 109.5 thousand Ukrainians have been formally given the status of internally displaced people.

‘Today, millions of people in Ukraine require humanitarian, social and psychological support. And Lviv became one of the largest logistical hubs and centers of provision of humanitarian support to the IDP’, says Andrii Klepikov, Executive Director of the ICF ‘Alliance for Public Health’. ‘From the very first days of the war, operations of the Alliance have been fully adapted, and a number of new, most needed services have been implemented. Among 25 shelters supported by the Alliance, this shelter in downtown Lviv is special: it is a pilot project aimed at creating general standards and rules for provision of services for the shelters in Ukraine we are planning to open in other cities as well in 2023.’

The event will be attended by:

Also, some celebrity guests are expected.

During the opening event, there will be a Christmas master class on making a little dream house of gingerbread for children from various parts of Ukraine currently residing in Lviv because of the war, and children already staying at the shelter with their parents.

We invite the media to attend this landmark event in Lviv and get treated to traditional fritters, kutya and strudels.

To receive the press release with photos and comments from participants, please register at https://forms.gle/MZSJrWMew3JnLiXX6

Alliance for Public Health has been implementing programs enabling access and supporting adherence to HIV/TB treatment for 22 years. Since the beginning of full-scale war, a number of initiatives and programs have been launched: the Humanitarian Convoy that has transported more than 1.2 mln tons of cargo; HelpNow HUB, an international emergency support and coordination program for Ukrainians all around the world; we expanded the range of services provided by our 44 mobile ambulatories, and procured bicycles in the regions where the social workers could not reach the patients otherwise; and we expanded the programs of targeted humanitarian, social and psychological support. You can learn more about our wartime work from our Situational Reports: https://bit.ly/safe_place_ua

Currently, Alliance for Public Health supports 25 shelters for refugees and internally displaced people all around Ukraine. Lviv shelter opened today aims to become a base for standardized services that could be reproduced at other sites.

‘Safe Place’ shelter is opened through coordination from ICF ‘Alliance for Public Health’ under ‘Integrated Humanitarian Response in Conditions of War and Post-War Reconstruction’ financed by Disaster Emergency Committee (DEC), UK. The project supporting the communities and aimed at meeting their basic humanitarian, social, and medical needs and providing good living standards during the crisis is implemented with the technical assistance from Christian Aid.