WG/TG Empowerment and Advocacy on Gender and HIV/AIDS 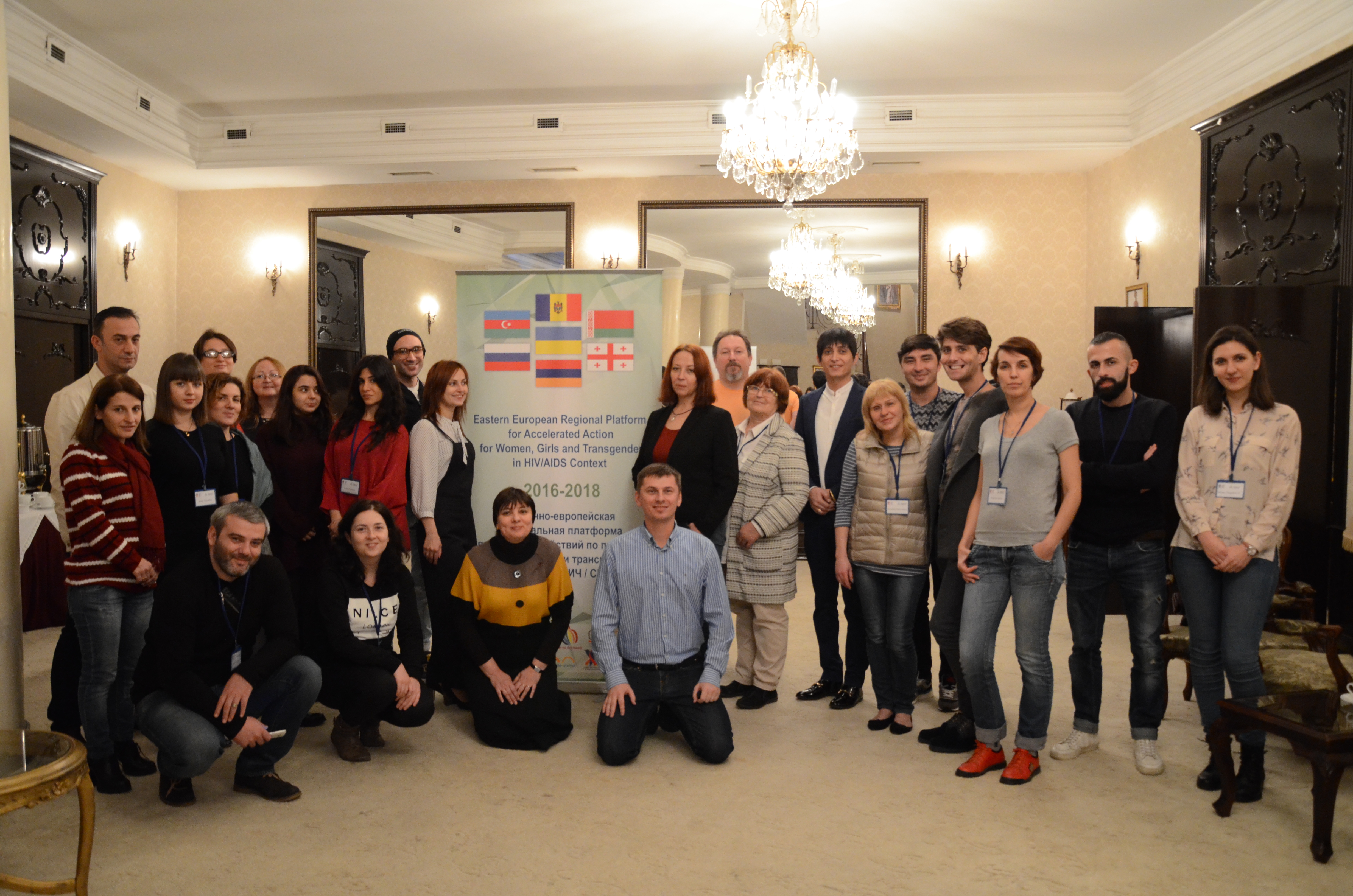 The First Regional Winter School «Women, Girls, Transgender (WG/TG) Empowerment and Advocacy on Gender and HIV/AIDS» was held on 17 – 19 November, 2016 in Tbilisi, Georgia. This event was conducted in the framework of Robert Carr civil society Networks Fund funded Project “Eastern European Regional Platform for Accelerated Action for Women, Girls and Transgender in in HIV/AIDS Context”. The winter school was conducted for 23 participants from 7 project implementing partners from Azerbaijan, Armenia, Belarus, Georgia, Moldova and Russian Federation. The goal of the school is to strengthen the capacity of HIV-service NGOs to provide gender-sensitive services to representatives of PWID, CSW, MSM and transgender.

According to Karen  Badalyan, Project Director, “It was great to have had this Regional Winter School for the first time ever. This School managed to bridge personal experience, clinical perspectives and community responses, offering views from various perspectives, mixing scientific background with the community experts, practices with examples, theories with participatory approach. The variety of organization represented and open and frank discussions of not only the speakers but the audience members, gave us the optimism about work in gender area in the future in EECA. Discussions on political implications and homophobia, differencing gender-oriented services from gender sensitive ones, gender mainstreaming, gender equity, gender budgeting, gender based M&E, etc. were in our focuses in order to provide holistic Information and ideas about community responses on gender in HIV/AIDS context. I hope that we will have a continuum for this, since it is an absolute best practice for EECA region”. The number of new infections in Eastern Europe  among WG has grown over the last few years, indicating a shift in the nature and trajectory of the epidemic. Every hour 50 young women are newly infected with HIV in the world (UNAIDS Gap Report 2014). For women in their reproductive years (ages 15–49), HIV/AIDS is the leading cause of death and in 2013, almost 60% of all new HIV infections among young people occurred among adolescent girls and young women (UNAIDS Fact Sheet 2014). The region is dramatically missing any data on TG both biological and behavioural. MSM programs with no sensitized and special needs based approaches mostly cover them.

There is generally a growing recognition of and attention to gender equality – including Gender Based Violence (GBV) and harmful gender norms – as a cause and consequence of HIV. Despite this greater understanding, programming and policies to address the intersection have not yet reached the scale, depth, or breadth required to reverse the overlapping epidemics of GBV and of HIV.

In the EE there is a general lack of evidence related to the linkages between human rights/gender equality and HIV and approaches to ensuring regular documentation of cases with a platform for the voices of persons experiencing human rights violence, gender inequalities in the context of HIV.

This Winter school is developed in response to the pressing need to address the persistent gender inequalities and human rights violations that put Women, Girls and Transgender (WG/TG) at a greater risk of, and more vulnerable to HIV.

One of the participants – L. Norenc, Board member of WFCE – mentioned: “In the 3 days of the school, I liked the variety of themes. It was useful to have such an extent prospective about the different parts of the gender phenomenon, because only in this way you can get a chance to better understand it and to approach it. I found it really useful to know that I am part of a wider community dealing with gender stereotypes and GBV. It provided a clear message of hope and community leadership, that I’m proud to be part of!”