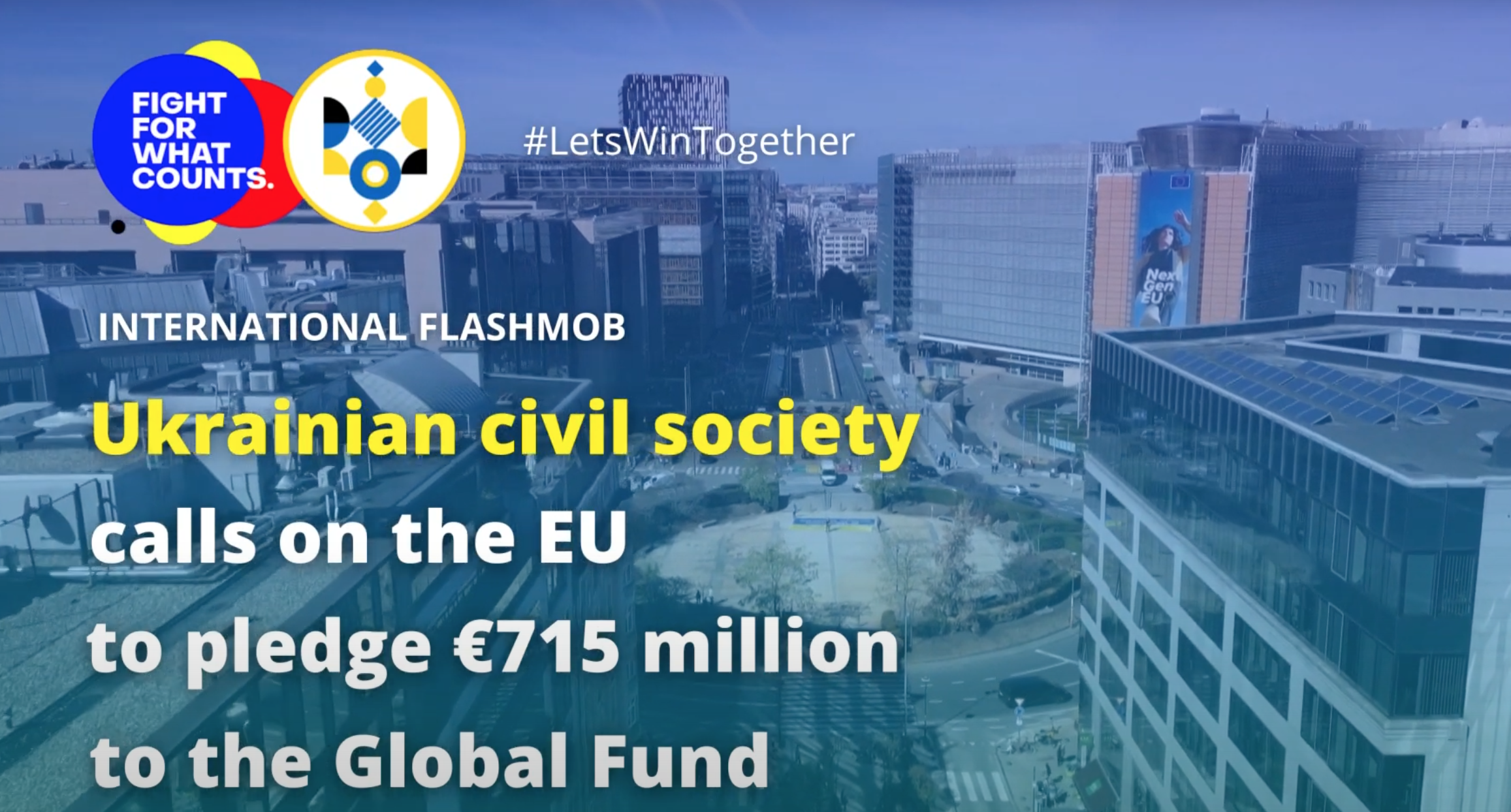 Ukrainian civil society and supporters from European organisations unfurled a giant Ukrainian flag on Square Schuman (Brussels) ahead of the State of the Union Speech which will be given by European Commission’s President Ursual von der Leyen on September 14. The flag, which aims to draw the attention of the EC President on the need to scale up investments in the fight against HIV, tuberculosis and malaria, carried the following message: “Dear European Commission, please pledge 715 million to the Global Fund. Ukrainian CSOs”.

This flag is a symbol of solidarity and shows Ukrainian civil society support for the work of the Global Fund. “When the war started on February 24, Global Fund was the first donor to react quickly and effectively. Global Fund provided additional emergency funding to support ongoing programs. With its support we saved hundreds of thousands of lives of our clients, patients and their families members. Now it’s time to save 20 million lives. The Global Fund Replenishment is not measured in $ or €. It is measured in human lives and we shouldn’t allow anyone to cross from this list!“, – said Andriy Klepikov, Executive Director, Alliance for Public Health.

The action closed an international flashmob “Let’s win together: #FightForWhatCounts”, started in Kyiv and Lviv (Ukraine), and was part of Ukrainian civil society’s efforts to advocate for a fully funded Global Fund. It was launched by more than 100 Ukrainian NGOs with the support of European partners, as a follow up to an Open letter calling on the President of the European Commission and leaders of other Global Fund donor countries to increase funding for the Global Fund by 30%.

“As we have seen from numerous examples in the recent past, a country at war is also at risk of an increased spread of HIV amongst its population. Solidarity with Ukraine should include the fight against the HIV pandemic. Global Fund, having a great track record for their work in the EECA region, should continue to be a central instrument to combat HIV in the whole region, with special attention to the Ukrainian situation”, – said Pieter Vanholder, Executive Director, European AIDS Treatment Group.

Materials of the flashmob:  https://bit.ly/3Bx9vzH