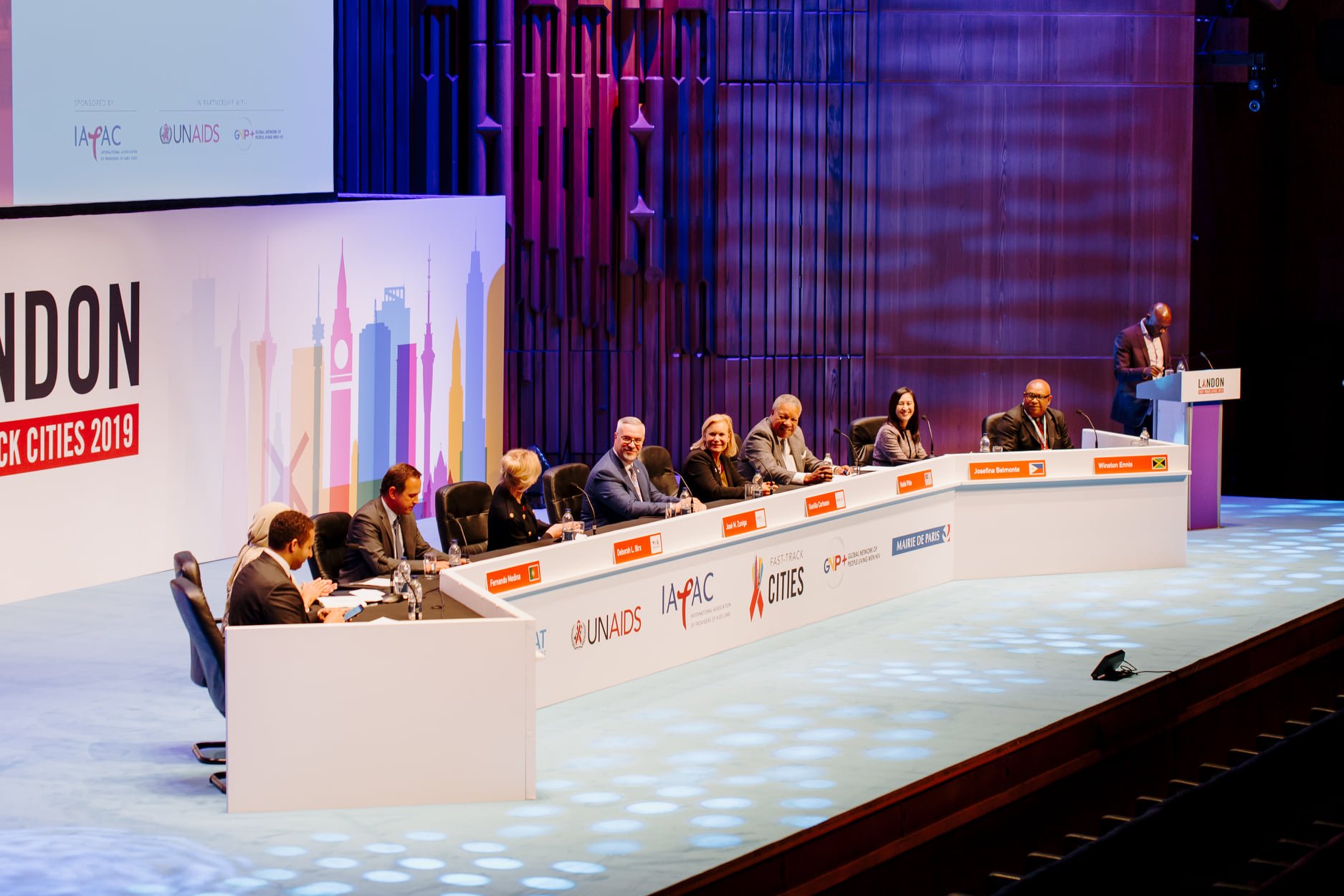 On September 9, 2019, the official opening of the Fast-Track Cities 2019 conference took place in London. #FTC2019 will run until September 11, 2019. More than 700 participants from more than 300 cities of the world, including mayors of large cities, experts of public activists, representatives of municipal health care structures, regional networks of communities and organizations from around the world, came to the capital of UK to share their experience in implementing effective responses to the HIV/AIDS epidemic on city ​​level. London Mayor Sadiq Khan speaking at the official opening ceremony Fast-Track Cities 2019 about the problem of health inequalities across the world, as well as the need to end the stigma still associated with HIV. He also reiterated the bold ambition for London to achieve the target of no new HIV infections, deaths, and stigma by 2030. Today, the city’s HIV cascade are “95-98-97”. “But despite our progress, there is still much more to be done as too many people continue to catch the virus. To truly end all new cases of HIV in London, it’s high time the Government made PrEP available via the NHS for all those who need it. No ifs, no buts, and no more pilots – we know it works, it stops the spread of infection and saves money in the long run”, said Sadiq Khan.

The mayor of Odessa, Gennady Trukhanov, and the first deputy mayor of Kiev, Nikolai Pavoroznik, spoke about the achievements of Ukrainian cities at the opening of the conference.

Since the launch of the initiative “Accelerating Action in Big Cities” in 2014, more than 350 cities and municipalities worldwide have signed the Paris Declaration. Vinay P. Saldanha, UNAIDS Regional Director for Eastern Europe & Central Asia: “UNAIDS supports the revitalization of cities in EECA in joining the international movement of rapid urban response to the AIDS epidemic. Today there are already 10 such cities, this is very significant, but still not enough to influence the path of the epidemic in the region. We hope that the other cities of our region will join the Paris Declaration in the nearest future, as it provides an additional tool for the city or entity to achieve the goals adopted by all UN member countries in the 2016 Political Declaration on AIDS at the local level. Tetiana Deshko, Director of the Department of International Programs of the Alliance for Public Health: “While preparing to represent the EECA region in London, we are consolidating our “Paris footprint” as well. We have initiated the accession to the Paris Declaration and the further steps in the response to HIV in 6 out of 10 signatory cities in the Region: Kiev, Odessa, Almaty, Tbilisi, Chisinau and Osh. This is not only a joint work with municipal teams to initiate and prepare the signing of the Paris declarations. This is strategic work to step-by-step coordination of the implementation of the initiative in cities, to develop urban HIV/AIDS programs, to allocate funding, and to provide expert support in building sustainable HIV services in these cities. Much is yet to come, but we are already grateful to our partners for productive cooperation and our joint efforts and achievements. We are currently working on connecting new cities: Dushanbe (Tajikistan), Salihorsk and Svetlogorsk (Belarus), Sarajevo (Bosnia and Herzegovina), Podgorica (Montenegro). As for now we are marking a good milestone when not only one city, but the real EECA urban community operates in their cities and on the international level”.

The London conference is attended by a municipal delegation from the EECA region, consisting of the mayor of Odessa, deputy mayors of Bishkek, Osh, Kiev and Tbilisi, representatives of KP NGO’s, municipal health structures, regional networks and communities organizations.

This year, on December the 6, a regional forum of EECA cities will be held in Kiev, where participants will have a close look at the progress of the HIV/TB response in cities. Over 3 years of work within the framework of regional projects implemented with the support of the Global Fund, cities have managed to achieve significant progress in the municipal response to HIV. The joint work of the Alliance, the municipality of Odessa, partner NGOs and representatives of key populations led to the development of an HIV/TB program and the allocation of unprecedented funding by the city municipality in the amount of about 2.5 million US dollars for 3 years, and two years of its implementation – to increase by 50% of the number of patients receiving ARV therapy. In Kiev, which is also the city of the Fast Track Cities initiative and adopted the city program with financing, over the same period, progress was 43%, while throughout Ukraine – only 37%.

In Almaty, an urban HIV/TB program was developed with municipal funding for key populations, which is now pending for approval. The city systematically worked to improve the HIV cascade and significantly improved the detection of new HIV cases: in 2018, 354 people were registered with HIV detection, while in 2017 – only 88. Such progress was achieved in many ways thanks to the pilot involving of outreach workers in identifying new HIV cases with quick tests (about 2000 tests per year) in outreach settings; At the moment, at the country level in Kazakhstan, a centralized procurement of rapid tests is being considered, the use of which has already demonstrated its effectiveness. In Chisinau, the approval of the municipal program with specific and measurable goals, distributed roles with NGOs is expected in the next 2-3 months. Accordingly, a budget of $ 900,000 for 2019-2020 is secured, a third of which consists of municipal money.

Osh was the last city among the signatories of the Paris Declaration on Ending the AIDS Epidemic, and the second city in the country to commit itself to achieving 90–90–90 by the end of 2020. It is one of the oldest cities in Central Asia with a population of almost 300,000. This city was one of the first in Central Asia to suffer from HIV infection in connection with drug trafficking routes passing through the city. From 2005 to 2007, outbreaks of nosocomial HIV infections among infants occurred in the city. According to government statistics, there are more than 1,100 people live with HIV infection in Osh. A little more than a year remains before sum up and evaluation of the efforts in achieving the 90-90-90 goals. Will any other city join the global movement? We will get to know the answer to this question very soon.

It should be noted that the Paris Declaration offers cities not only tools for combating HIV/AIDS, but also a platform for solving the problems of social integration and public health.