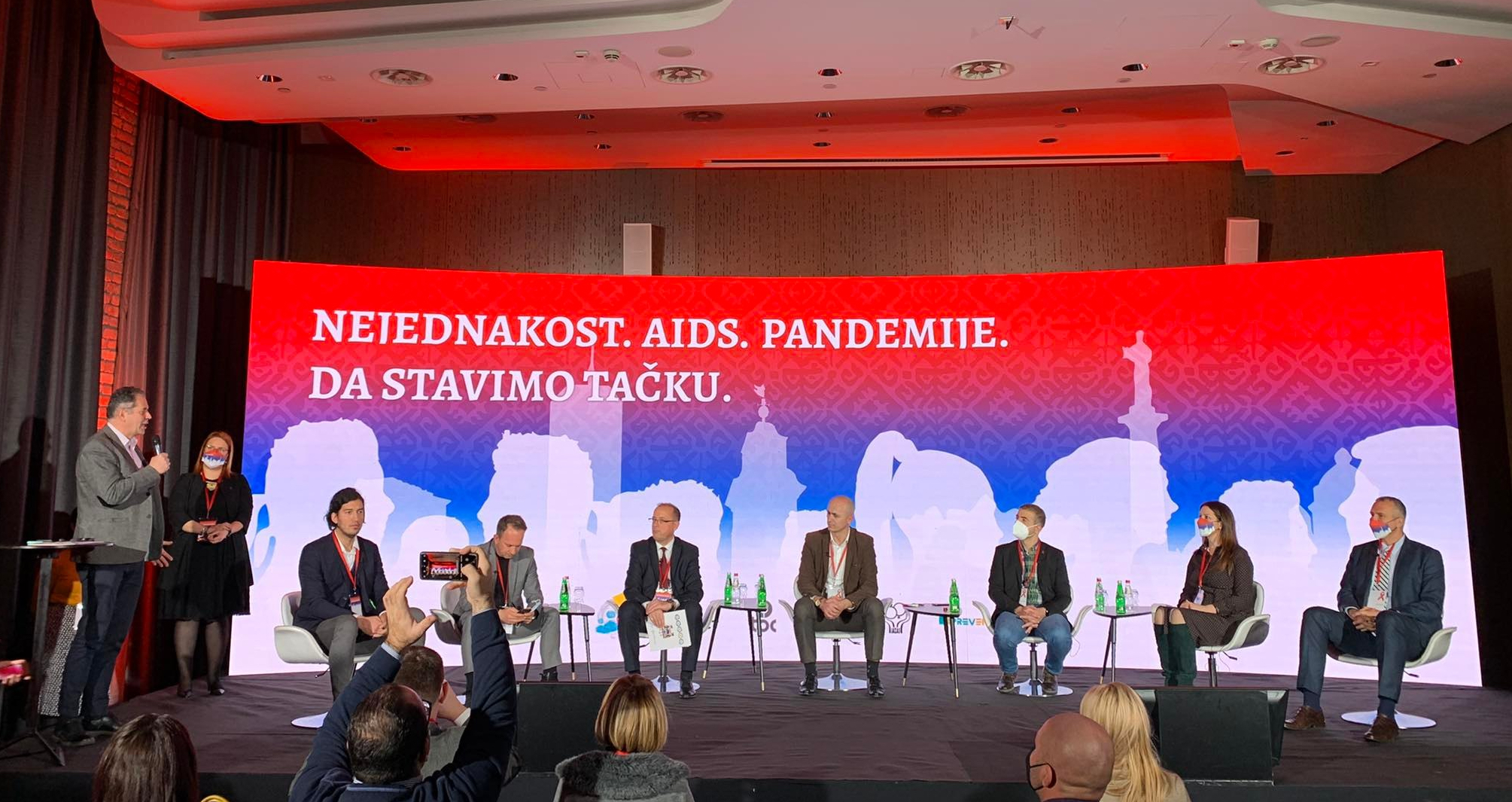 Earlier, three cities of Serbia have already supported the international initiative to improve the health of citizens Fast-Track Cities: Sombor, Kragujevac, Zvezdara. Today they are joined by Subotica, Novi Sad, Sabac, Stari Grad, Zajecar, Novi Pazar and Nis, making Serbia the leader of the Balkan states and the second country in the world by the number of partner cities of the Paris Declaration!

Konstantin Voytsekhovich, UNAIDS EECA advisor, “It is my great honor to address you on this occasion. After today Serbia will become the 2d biggest country in Europe with the biggest number of cities and municipalities who have joined the Paris Declaration. Serbia is a leader in Eastern Europe in terms of concentrating fast-track response of HIV, actions in the cities and I would like to thank Mayors and municipalities who have decided to take a bold step to join Initiative and to sign the Paris Declaration today. It means, that access and treatment for people, living with HIV will be improved, but their concerns will be honored and addressed by the authorities. People will be able to live healthy and productive lives, being included in the society and communities. On behalf of UNAIDS Regional Ofiice I want to add only one more thing – welcome to the family!”

Andriy Klepikov, Executive Director of Alliance for Public Health: “I want to congratulate cities, but first of all – people, living in it for this big step forward. Signing Paris Declaration is very important and very timely, because it is the end of the year, we plan budgets for the next one, because we expect that signing Declaration will be turning into action. And usually city approves HIV/AIDS program, then approves the budget and then funding goes to the most need – key and vulnerable populations through civil society organizations. We welcome the Serbian municipal leadership. Serbia has significantly strengthened its commitment and response to AIDS since 10 cities signed the Paris Declaration!»

The signing ceremony was attended by over 70 guests, including representatives of the Serbian Ministry of Health, the Ministry of Labor, Employment, Veterans and Social Affairs, the Ministry of Human Rights and Social Dialogue, the World Health Organization, the Joint United Nations Program on HIV / AIDS (UNAIDS), as well as The Serbian Institute of Public Health, the Alliance for Public Health and leading NGOs from the country and region of Southeast Europe.

Conference “Inequality. AIDS. Pandemic. – LET’S PUT A FULL STOP ”is organized by Timok Youth Center in the framework of the project “Sustainability of services for key populations in Southeast Europe and Central Asia” (#SoS_project), with the support of the Alliance for Public Health.