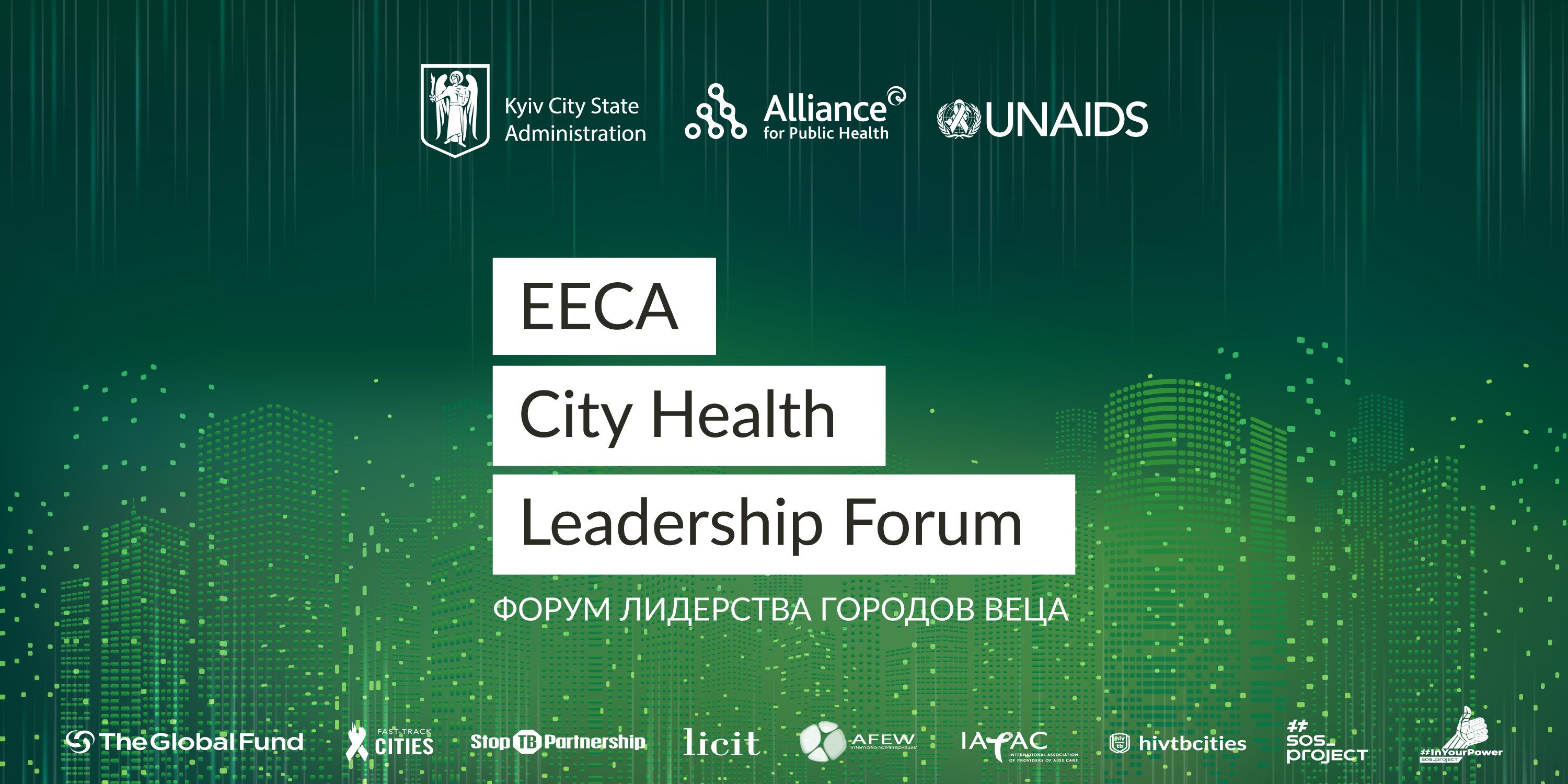 On December 6, 2019, the International Forum on ‘Cities’ Leadership in response to the HIV/AIDS and TB Epidemics’ will take place in Kyiv (Ukraine). It’ll be visited by cities’ mayors, representatives of the international, national organizations from 50 cities of the world. The focus is: innovations, technologies, municipal funding, and political leadership of the cities; mayors.

«We live in the epoch of digital technologies and fast-paced changes, when it’s namely the cities who become leaders in the global health issues. Today more than half of the planet’s population resides in the cities, and in 30 years the municipal population will increase practically up to 70%. Irrespective to the fact that the main problems, which are faced by the population, including infectious diseases, are concentrated on the level of the cities, the infrastructure and resources to stop those are primarily in possession of the cities», – the Forum organizers mention.

The major topic of the Forum is achieving future without AIDS and TB in the fast-growing cities. The main stress of the Forum is made on sharing experience and involvement of the Eastern Europe and Central Asia (EECA) cities in the international movement of mayors to end these epidemics. To get acquainted with the opportunities that are opening for the sustainable development of the cities, representatives of the new potential leader cities are invited to the Forum.

From sharing experience to life hacks: Forum speakers will tell about the funding of the programs and the cost of saving the life of a person, about the progress of the region in the context of combating the AIDS and TB epidemics, will present the approaches in case finding, testing and treatment of these illnesses, which proved to be effective, including new technologies and modern approaches applying network marketing.

Cities’ mayors, executives of international agencies and global initiatives, public opinion leaders, and the best experts of civil society organizations representing more than 25 countries of the world will respond to the main questions: why namely the cities play an important role in the global overcoming the AIDS and TB epidemics and which effective strategies exist to accelerate these measures.

Forum organizers: Alliance for Public Health with the direct support of the Kyiv mayor Vitaly Klichko and the team of KCSA, in partnership with UNAIDS, as well as with the financial support of the Global Fund to Fight AIDS, Tuberculosis, and Malaria.

Accreditation for journalists at the link: https://bit.ly/385rfkP

– Unique for the EECA region synchronic signing of six political declarations on AIDS and TB at the same time by the mayors of Kyiv (Ukraine), Chisinau and Beltsy (Moldova), Svietlahorsk (Belarus), Osh and Bishkek (Kyrgyzstan). Press conference (13:00-13:50);

– Effective practice, innovations, unconventional approach of local authorities related to cooperation with NGOs and other partners, sharing experience of the communities movement leaders;

– the first award ceremony of #вТвоихСилах/#InYourPower campaign for political leadership in combating HIV/TB in the specific nominations and based on the voting results.

Key speakers of the Forum:

«It is very important that many mayors of cities in the world today take leadership in overcoming illnesses. The issue of the health cannot be the priority only for the relevant ministries, organizations, or specific municipal institutions or services in charge. Health of the citizens has to become one of the main priorities for municipal authorities, e.g., the priority in the mayors’ work. It is in our power to prevent dissemination of such illnesses as HIV and TB, to introduce effectives programs for treatment thereof. Kyiv signed the Paris Declaration in 2016. We approved the city program and provide funding for it, work primarily with the groups that are most vulnerable to HIV. In response to our effective work the number of new cases of getting HIV infection in Kyiv starts to decrease. But there still are lots of challenges. And we keep on implementation of the best experience in the world, uniting efforts in overcoming HIV and TB with international organizations, with municipal authorities of other cities».

‘Alliance for Public Health has been working with the cities in the region during four years already through implementing the Fast-Track strategy in response to the AIDS and TB epidemics. At this Forum, we will present info graphics and tendencies with the major figures and budgets by countries. It is important that the interest of the cities is growing; thus, the number of partnering cities during the last year increased from 5 to 25. Physicians, social workers, nurses, civil society organizations have been continuously doing their job and are still doing it. But one more component is of crucial importance: political leadership. Everyone who is in the chair of the mayor not by a chance of fortune, who has powers to take decisions, has to take these decisions for the sake of people. In the area of combating AIDS and TB epidemics in the cities it means application of innovative approaches and scientifically confirmed international expertise, resource allocations for prevention and treatment, as well as other important steps, which would provide for saving lives. The partnership of the city and of NGOs is a key for success and the future of cities free from AIDS and TB epidemics.

‘According to the last UNAIDS report, which was made publically available before the World AIDS Day, EECA region is the only region in the world where the number of new HIV cases is continuing to grow. That’s why it’s so important to implement these Fast-Track strategies in response to the epidemic namely in this region. The quintessence of this strategy is the initiative to overcome AIDS in the big cities where about 70% of all people living with HIV reside. UNAIDS jointly with IAPAC are coordinators of this initiative at global level. Welcoming and giving warm encouragement to personal leadership of the mayors of the cities who signed the Paris Declaration and ZERO TB Declaration, I want to specifically stress that there are HIV/AIDS and TB Coordination Councils effectively operating in all of these cities, and key populations are their members. Joint efforts of municipal authorities and communities, from my point of view, are the heart and the driving force of the positive changes’.