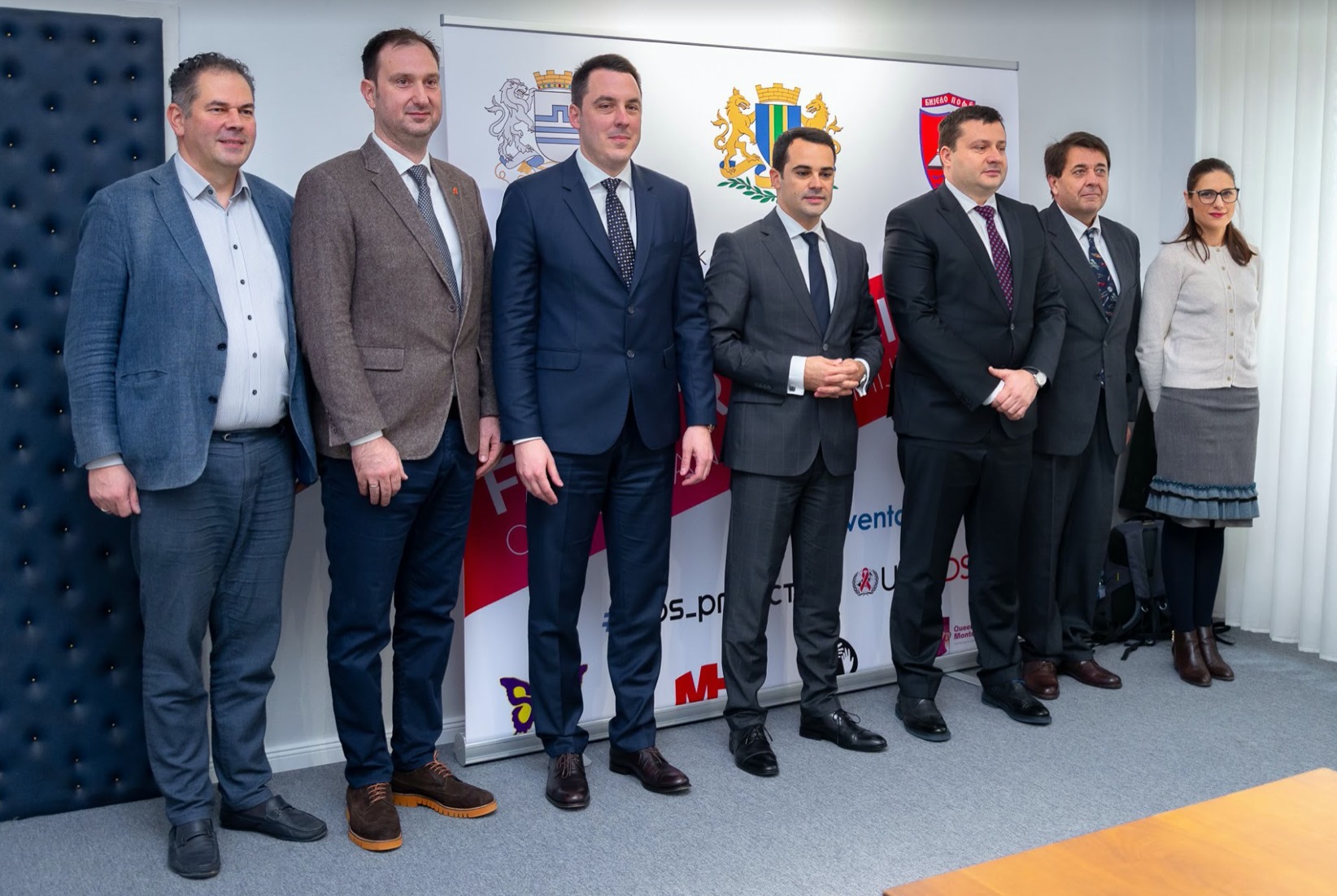 On December 2, 2019, the unprecedented signing of the Paris Declaration in the Balkans took place.

Andriy Klepikov, Executive Director, Alliance for Public Health:
“For the first time the 3 Mayors sign Paris Declaration together showing strong commitment to put an end to the HIV/AIDS epidemic across the country mobilizing resources of the capital city as well as key cities in the south and north of the country. Civil society is the reliable partner to support municipalities in bringing HIV response to new level – becoming fast track cities!
We congratulate our partners from Montenegro – CAZAS and Juventas on the level of organizations as well as Miso, Sanja and Ivana on the level of personalities, whose amazing work resulted in such great political commitment!” Konstantin Voytsekhovich, UNAIDS EECA advisor:
“The signing of the Paris Declaration by the three biggest cities of Montenegro – Podgorica, Bar and Bijelo Polje firmly puts Montenegro on the fast-track to ending the HIV epidemic by 2030. The commitment and resolve demonstrated today by the three municipalities is even more significant because it is the first such manifestation of leadership on HIV response in the Balkans.
It is also the first time in history of Montenegro when the three different cities have joined forces in taking political and humanitarian action on HIV with strong support from the community-based NGOs #CAZAS, #Juventas and the Alliance for public Health”.

It’s just the beginning of the municipal response to the epidemic, and #SoS_project team is ready to provide the technical assistance and expertise for the cities in order to achieve the targets together!