Speed and results: Osh city received the #InYourPower regional award for its contribution to the fight against the HIV/AIDS epidemic 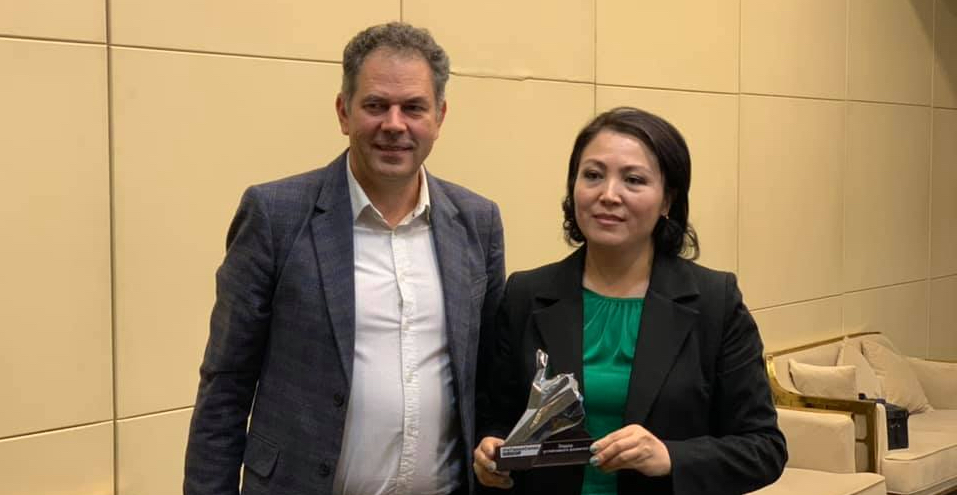 HIV is a common problem and mutual responsibility, where every victory is the result of painstaking and well-coordinated work of countries and civil society in the fight against the epidemic. Heads of government, mayors, officials and opinion leaders play a key role in this process at the national level. It is their decisions that determine what the country chooses on the way to overcome barriers and sustainability of services for key populations.

On September 27, a round table “Accelerating the response to the HIV / AIDS epidemic in Osh city” was held in Kyrgyzstan. Despite the challenging conditions in the COVID-19 pandemic, the city’s achievements in the fight against HIV over the past two years are impressive: in 2019, Osh city signed the Paris Declaration on HIV and the Zero TB Declaration. At the same time, the city Fast Track working group was created with the participation of representatives of the mayor’s office, NGOs and key groups to develop the 90-90-90 program and a year later, the city program on HIV in the context of COVID-19 for 2021-2022 was approved. As part of its implementation, over 4,000 people were tested at mobile points on the city streets, ART and food were delivered to their homes for representatives of the community of people living with HIV (PLHIV), incl. migrants to Russia, Turkey and other countries. With the support of the mayor’s office, voluntary counseling and HIV testing became possible in all hospitals in Osh city, a set of trainings and information campaigns were carried out in six local territorial offices. And for the first time, funds (USD 13,000) were allocated from the city budget for HIV and TB programs in 2019-2021. The city has already presented its achievements in 2019 at the Fast-Track Cities international conference in London and during a visit to the Mayor of Bern in June this year. And now it’s time to share them with the participants of the roundtable organized in their hometown. It is not surprising that such a commitment and the work of local authorities did not go unnoticed by the society and invited guests, including representatives of departments, international and non-governmental organizations in the field of harm reduction and the fight against HIV, tuberculosis and social disintegration. Andriy Klepikov, Executive Director of the Alliance for Public Health, during his speech presented the #InYourPower regional award to the city of Osh city, represented by Vice Mayor Venera Ryskulova. “Not every city receives the #InYourPower award. Osh received today! This “like” is a recognition of what has been done: the signing of the Paris Declaration was followed by a municipal HIV program and its funding,” said Mr. Klepikov.

The roundtable participants were able to discuss further priorities for the city’s work in the context of the COVID-19 pandemic. The main recommendations for the provision of services included the completion of sentinel surveillance to determine the estimated number of PLHIV at the city level, the approval of a new municipal HIV program starting in 2023, an increase in funding for programs from the local budget and testing of key groups, including migrants and the extremely poor people living in slums, providing social support for difficult patients, expanding rapid testing for COVID-19, and developing and implementing joint programs between the Ministry of Health and the Mayor’s office.

Alliance for Public Health and the #SoS_project Team sincerely congratulates Osh city on the regional award and wishes them success in the consolidated and sustainable work in a fight against HIV! We also thank Aybar Sultangaziev and the team of the Association “Partner Network”, Ravshan Mazhitov and the team of the Plus Center fund for fruitful cooperation.

The roundtable was organized by Association “Partner Network” with the support of the Alliance for Public Health and the regional project “Sustainability of services for key populations in the Eastern Europe and Central Asia region” (#SoS_project).

SoS_project: The implementation of the three-year project coordinated by the Alliance for Public Health, in a consortium with the 100% Life (All-Ukrainian Network of PLWH), the Central Asian HIV’ Association and the Eurasian Key Populations Health Network, with the participation of national governmental and non-governmental organizations, regional key populations networks , international agencies and organizations, as well as technical partners, with financial support  The Global Fund to Fight AIDS, Tuberculosis and Malaria