“In Danger”: every minute = 1 death, the world needs immediate and decisive action 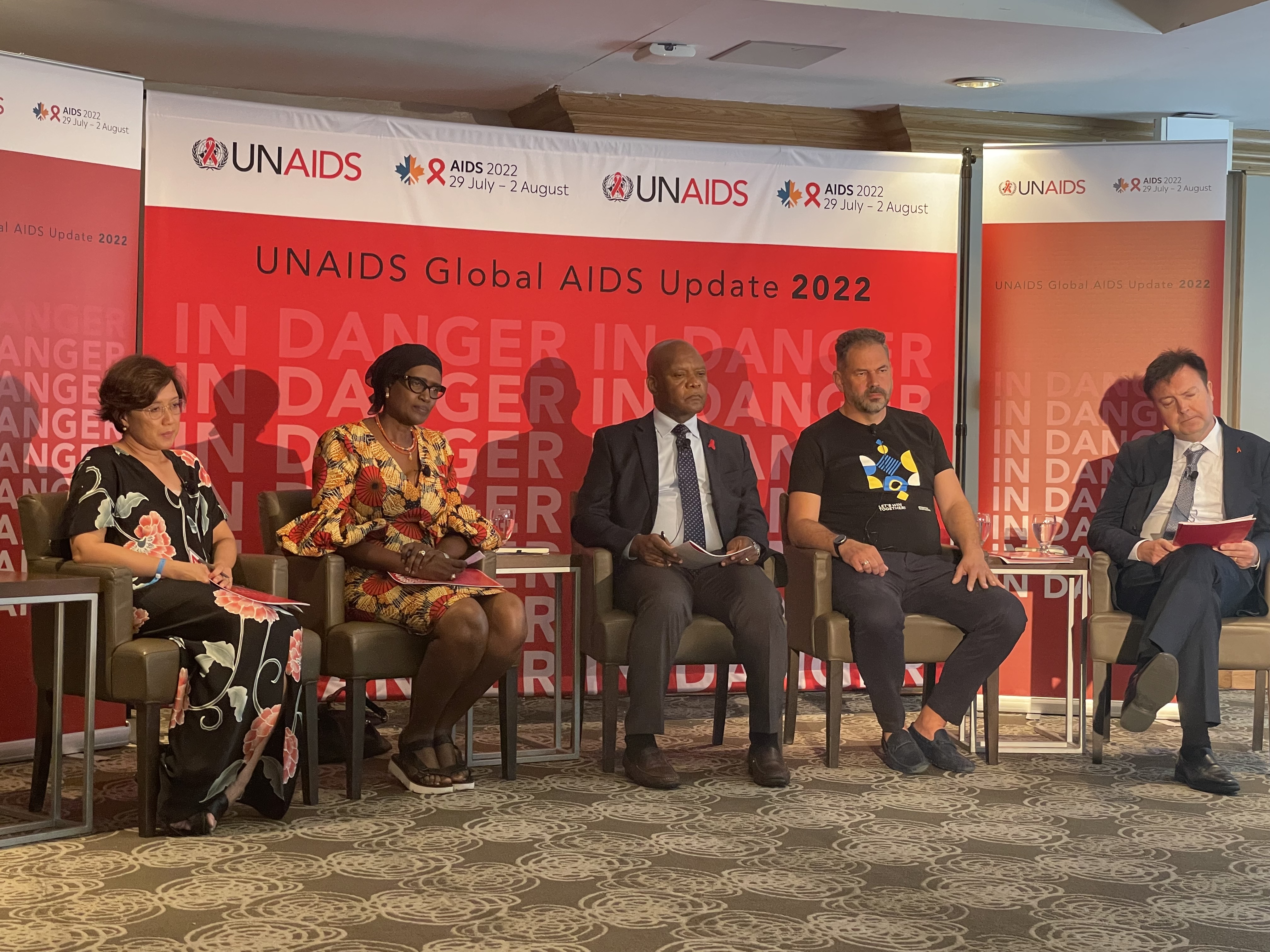 The Joint United Nations Programme on HIV/AIDS (UNAIDS) launched its annual report on the state of the global HIV response today ahead of AIDS 2022, the 24th International AIDS Conference, in Montreal, Canada, at a live event also livestreamed at www.unaids.org.

“For the 1st time UNAIDS releasing a global AIDS report with such alarming title – “In Danger”. This report is call for action. “I’m from Ukraine, the country facing Russian invasion. And for us it’s absolutly clear that being “In Danger” requires immediate and strong actions,” Andriy Klepikov, Executive Director of the Alliance for Public Health, said. “The report shows the fundamental mismatch. While we facing increase in new HIV infections, funding for HIV is decreasing. It is the exact time to highlight that future of AIDS response in the coming years will depend on successful The Global Fund replenishment, on raising at least 18 billion USD. Fight for what counts – this is true priority; this is very appealing to all of us in Ukraine. The report highlights the role of key populations. 70% of new HIV infections linked to key populations. That is where the funding should go. Invest times more in programs for people who use drugs, SW, MSM, transgender people.We are hoping for increased PEPFAR funding, and of course, funding to UNAIDS.” Russian war in Ukraine brought incredible challenges. 100 000 PLWH used to leave in the territories directly affected by the war. We have 15 million IDPs and war refugees. UN forecasts are terrible – 9 out of 10 Ukrainians will face poverty by the end of the year. GDP will fall by 30%
Loses for health system are so severe. At the same time war demonstrated that in situation of the destructed health infrastructure civil society and community are the backbone for HIV response.

“In many difficult situation, when others say “no” civil society say “yes”. Social workers, case managers continue regular contacts with patients. Civil society did delivery of ART, procured by PEPFAR and Global Fund. For example we did emergency procurement, and with our vans we did delivery of opioid substitution therapy medicines, over 1 million tablets to the areas government logistic company refused to go due to risks. We did it! Civil society has motivation. Let’s be quick and effective. Together we will win!”

The proven package for success includes; community-led, people-centred services; the upholding of everyone’s human rights, the removal of punitive and discriminatory laws, and the tackling of stigma; the empowerment of girls and women; equal access to treatment including new health technologies; and health services, education, and social protection for all.

The new report, In Danger

UNAIDS data now show progress in prevention and treatment is faltering around the world, putting millions of people in grave danger. Action to tackle the inequalities driving AIDS is urgently required to prevent millions of new HIV infections this decade and to end the AIDS pandemic.
Globally the number of new infections dropped only 3.6% between 2020 and 2021, the smallest annual decline in new HIV infections since 2016. Eastern Europe and central Asia, Middle East and North Africa, and Latin America have all seen increases in annual HIV infections over several years.
Faltering progress meant approximately 1.5 million new infections occurred last year – over 1 million more than the global targets.

During the disruptions of the last few years, key populations have been particularly affected in many communities – with rising prevalence in many locations. UNAIDS data have shown increasing risk of new infections faced by gay men and other men who have sex with men (MSM) globally. As of 2021, UNAIDS key populations data show MSM have 28 times the risk of acquiring HIV compared to people of the same age and gender identity while people who inject drugs have 35 times the risk, sex workers 30 times the risk, and transgender women 14 times the risk.

The report also shows that efforts to ensure that all people living with HIV are accessing life-saving antiretroviral treatment are faltering. The number of people on HIV treatment grew more slowly in 2021 than it has in over a decade. And while three-quarters of all people living with HIV have access to antiretroviral treatment, approximately 10 million people do not, and only half (52%) of children living with HIV have access to lifesaving medicine; the gap in HIV treatment coverage between children and adults is increasing rather than narrowing.

The AIDS pandemic took a life every minute, on average, in 2021, with 650 000 AIDS deaths despite effective HIV treatment and tools to prevent, detect, and treat opportunistic infections.