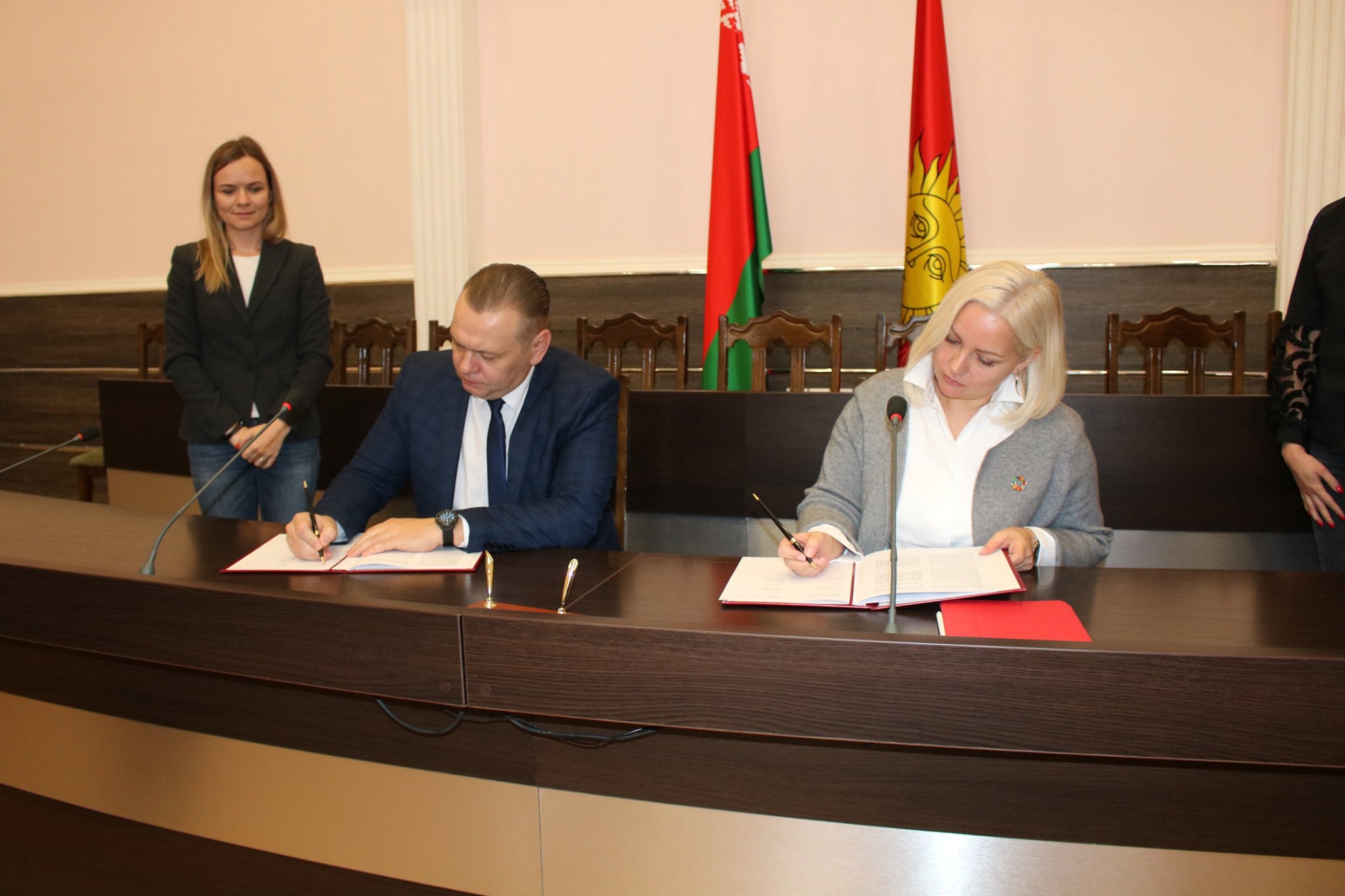 On November 26, 2019 UNAIDS coordinator in Belarus Vera Ilyenkova and the head of Svietlahorsk district executive committee (city mayor) signed the Paris Declaration to intensify the activities in cities aimed to end HIV/AIDS epidemic. Svietlahorsk has become the second city in Belarus that signed the Declaration, declaring its active leadership in global combating HIV/AIDS epidemic in the cities all around the world.

The ceremony of signing the document was visited by the representatives of Ministry of Health of the Republic, city government officials, UNAIDS country office in Belarus, Alliance for Public Health as well as many other international and non-governmental organizations.

Andriy Klepikov, Executive Director of the Alliance for Public Health: “I welcome this important strategic initiative of Svietlahorsk. Signing Paris Declaration means readiness to use the best world experience to develop effective city programs for combating HIV/AIDS epidemic, which are supported by the municipal funding and are aimed to improve the health status of the city residents. It’s just the beginning of the accelerated municipal response to the epidemic, and the team of the Alliance for Public health is ready to provide the technical and expert support to the city”.

“By joining Paris Declaration the city of Svietlahorsk takes the responsibility to achieve the 90-90-90 targets, which means that 90% of all people living with HIV should know their status; 90% of patients knowing that they have HIV infection get access to treatment, and 90% of people getting the HIV treatment have undetectable viral load. The city will pay specific attention to the key populations with high risk of getting HIV infection as well as to elimination of stigma and discrimination in regard to people living with HIV. To coordinate these activities, there is a working group established by the district executive committee, which developed the draft city program on combating HIV/AIDS epidemic in 2019-2021 with active involvement of the representatives of key populations.
We understand that reaching the 90-90-90 targets is a challenging task, but it’s necessary to initiate the changes, increase budget allocations from local budget in order to improve the status of health and the quality of life of the Svietlahorsk residents”, – commented the city mayor, Mr. Dmitriy Aleynikov.

It should be noted that in Svietlahorsk, one of the youngest cities in Belarus, there are about 13% of all people living with HIV in the country.

Vera Ilyenkova, UNAIDS coordinator in Belarus: “The ‘Fast-Track Cities’ Program was launched in Paris in 2014, when representatives of 26 cities signed the Paris Declaration.  For today there are more than 350 cities and municipalities, which joined the initiative. By signing this document Svietlahorsk undertakes the obligation to achieve the goals of Paris Declaration and put an end to the AIDS epidemic by 2030. UNAIDS is supporting the Svietlahorsk initiative and jointly with the partners, one of which is the Alliance for Public Health, is ready to provide the city with technical assistance and expertise on the issues of accelerating the measures aimed to combat HIV, eliminating of inequality in access to key medical and social services. The key success factor for Svietlahorsk is the perfect coordination and interaction between the government and civil society, including public organizations uniting people living with HIV.”

Representatives of city administration expect that jointly with the partners and with the support of the international organizations the 90-90-90 target will be achieved by 2021, and the end to the epidemic will be put by 2030.