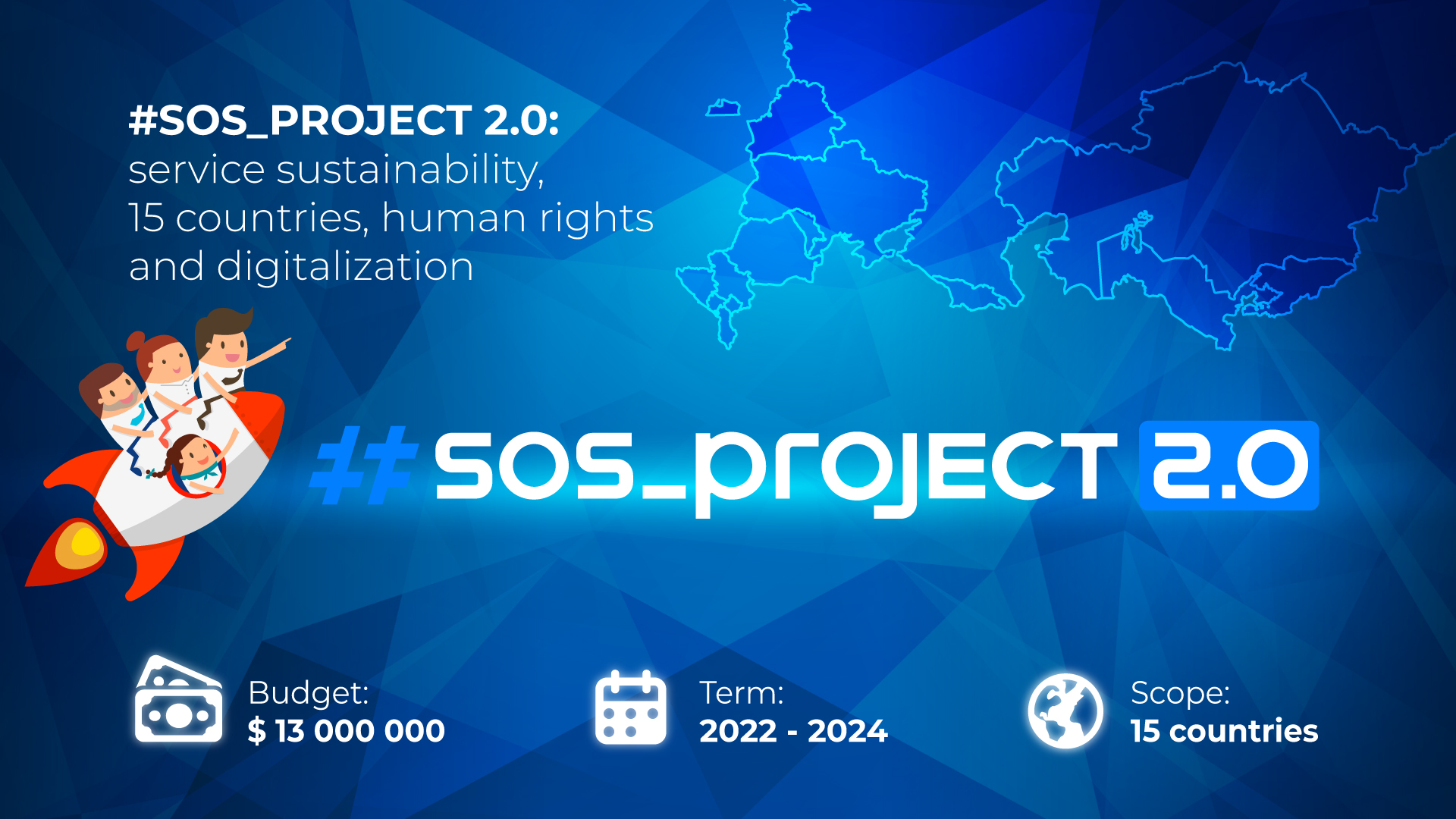 In 2022, the implementation of the three-year regional project “Sustainability of Services for Key Populations in the Eastern Europe and Central Asia (EECA) Region” (abbr. #SoS 2.0) has begun. Its total budget is $13 million.

As a result of the implementation of the strategy of the three-year project, it is expected to improve the sustainability of health systems in the context of HIV prevention and treatment, human rights, in 14 countries of the region: Azerbaijan, Albania, Armenia, Belarus, Bosnia and Herzegovina, Georgia, Kazakhstan, Kyrgyzstan, Moldova, North Macedonia, Serbia, Ukraine, Uzbekistan and Montenegro.

The project is coordinated by the ICF “Alliance for Public Health” in partnership with the CO “100% Life“, in consortium with the Central Asian Association of People Living with HIV and SEE RCN, WHO European Office, PAS Center, EHRA, ECOM, EWNA, ENPUD, EKPC. Also, national state and non-governmental organizations representing the interests of vulnerable to HIV groups of the population, as well as people living with HIV, will be involved in the implementation of the project.

Andreas Tamberg, Portfolio Manager, The Global Fund to Fight AIDS, Tuberculosis and Malaria: “The #SoS 2.0 project is an unprecedented civil society initiative to fight HIV/AIDS in Eastern Europe and Central Asia. Entering the second phase of the project, #SoS_project 2.0 brings together a number of leading non-governmental organizations into a consortium working to remove barriers, improve access and increase the sustainability of life-saving services for key populations in 15 countries. Thus, #SoS_project 2.0 has a unique opportunity to stimulate progress that can end HIV/AIDS as a public health threat, both in the region and globally. The Global Fund has renewed its support for the SoS project with the confidence that it will maximize the involvement of those most affected by HIV/AIDS while leaving no one behind in the fight against this deadly epidemic.”

Andriy Klepikov, Executive Director of the Alliance for Public Health: “What are the opportunities for regional initiatives? It can be relatively small funding compared to a country one. In this project, the priority is on regional instruments and catalytic interventions. We are talking about model policies and practices/tools, pilots, regional networks. This project works with regional community networks, drug policy commission, raises issues of strategic pilot interventions that have great potential. This is an opportunity to share experience in the development of regulations that have worked in one of the countries. Digitalization is a very important direction. We see that sustainability today is the readiness of services to survive in a variety of situations, including pandemics and political tensions. Such difficult tasks are set by the regional initiative”.

It should be noted that the successful experience and expertise of the previous project will be used in the new one. For example, ART cost reduction techniques, which were used in the #SoS project for EECA countries in 2019-21, will be introduced in the Balkans. Successes in budget advocacy and municipal responses will also be used, the project team will work to increase funding and attract new cities to cooperation, especially in the SEE region.

Dmitry Sherembey, Chairman of the “100% Life” Coordination Council: “The implementation of the #SoS project in 2019-2021 has shown that our experience is in demand in the EECA region and leads to tangible results. We hope that the knowledge and expertise we have accumulated will help us reach a new qualitative level, and we will make every effort to achieve it.”

“In the new project, we continue to focus on strengthening the Test-and-Treat approach, reducing the prices of testing and treatment, human rights and budget advocacy. Among the new focuses of the project: reducing the price of HIV diagnosis, work on the decentralization of ART, a significant expansion and institutionalization of pre-exposure prophylaxis (PrEP), an even greater emphasis on the rights of key populations, advocacy of services for migrants and significant work on digitalization,” said Tetiana Deshko, Director of the Department of International Programs, Alliance for Public Health.

Also, the new project plans to implement two strategic pilots: substitution therapy for stimulant users and PrEP with new long-acting ARVs. This focus is obvious given the main group that the epidemic in the region is associated with. Thus, about half of new HIV cases are registered annually among people who inject drugs. The drug scene is changing, and people who use drugs are exposed to new risks of infection. “In Europe, there are programs on ST for stimulant users, including in the Czech Republic, where we plan to learn from experience. We hope to launch a pilot in one country as a model for the region”, – said Sergey Filippovich, Project Director. – “As for the use of long-acting ARVs, this is a game changer for the response to HIV. Pre-exposure prophylaxis for the most vulnerable groups, an implant for a year, for example, will significantly reduce the risk of HIV infection. And for the Russian Federation, where there are no such effective and essential ST programs for PWUD, such an approach can finally have a fundamental impact on the HIV epidemic.”

“We know what programs we need to reduce the risks and improve the quality of life of people who use psychoactive substances (PS), we talked about them in detail in the ENPUD OST Position and Harm Reduction Open Letter,” – said Olga Belyaeva, Program Coordinator of ENPUD. – “It is important for ENPUD to provide opportunities for activists to work in conditions of repression, stigma and criminalization. The ENPUD model is the unification of community activists into regional thematic councils that jointly solve problems at the national level. The experience of the Expert Council for the Treatment of ENPUD has shown the benefits of cross-country cooperation: almost 18,000 participants in OST programs received targeted assistance in Georgia, Kazakhstan, and Moldova. People got access to the medicine and/or we helped restore the hand-delivery service in 2021.”

She emphasized: “The goal of ENPUD in #SoS_project 2.0 is to restore the rights of people who use psychoactive substances, so that officials, police, doctors, guilty of violating rights and causing harm, are adequately punished. At the same time, our task – to form an allied movement for a humane drug policy, i.e. return the value of the life of every person who uses PS”.

The previous regional project, implemented in 2019-2021 in 15 countries of the EECA and SEE region, became the foundation for a broad partnership and consolidation of efforts in the region. Over three years of operation, over $30 million in public funding for HIV services has been allocated through social contracting mechanisms in the region. Undoubtedly, this is one of the most important achievements of the joint efforts of the #SoS_project partners and the governments of the region.

Significant contributions have also been made to advocacy for lower prices for antiretroviral therapy. For example, the cost of an annual course of first-line ART has decreased to an average of US$131 across the region, while the average cost of first-line ART in nine countries in the region in 2017 was US$192. The $119 million saved from these efforts remained inside AIDS programs.

The results of the #SoS_project 2019-2021 were widely presented at the “Health Sustainability Forum: HIV and COVID-19 in the EECA Region”, a video is available by the following link.