MUSIC FEST – TAKE A TEST: the Longest Red Ribbon and the “Super Rapid” Test for HIV! 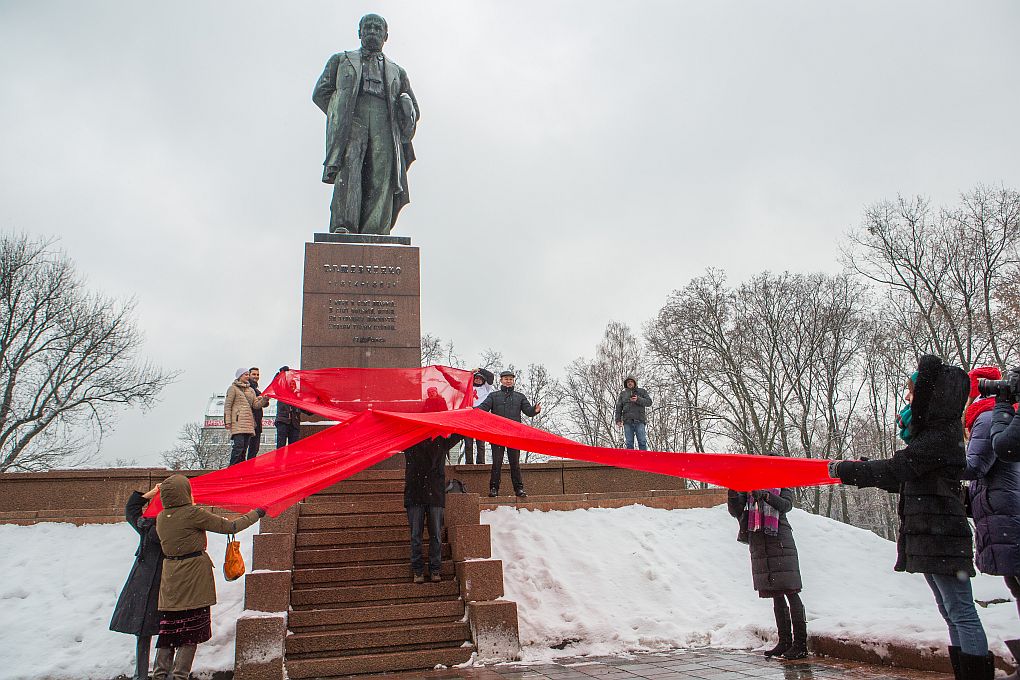 On 1 December 2016, at 12.00, Kyiv Shevchenko Park hosted a campaign dedicated to the World AIDS Day, MUSIC FEST – TAKE A TEST, organized by the Alliance for Public Health together with its partner civil society organizations.
During the campaign, the longest 20-meter ‘red ribbon’ was spread out in front of the red building of Taras Shevchenko National University of Kyiv within the flash mob #PutRedRibbonOn #ПовяжиЧервонуСтрічку – for the first time in Ukraine!
The campaign was simultaneously held in Kyiv, Kharkiv, Odesa and Poltava and was targeted, first of all, at students. Participants of the groovy Music Fest had an opportunity to get free condoms and awareness-raising materials on HIV prevention as well as participate in the flash mob and take ‘red ribbon’ selfies.

This year, as opposed to the campaigns traditionally held on the World AIDS Day, the participants could not just get tested for HIV free of charge, but were able to get single-use rapid tests accompanied with pre-test counseling and information leaflets for self-testing at home. Taking a rapid test is as simple as putting a condom on – it can be done without other people’s assistance, quickly and safely. Today, rapid tests for HIV are already available to the wide public through pharmacy network, and their use is recommended in the recently published WHO guidelines. Every person can buy such a test and do self-testing following the instruction, which is also available at the website of Alliance for Public Health. Besides, you can read a special brochure on self-testing and watch an educational video.

“Artificial barriers in access to diagnostics led to a situation when only every second Ukrainian knew about his or her HIV status. – underlined Andriy Klepikov, the executive director of Alliance for Public Health. – Even if we wanted to, we could not do self-tests for HIV. Today – on 1 December 2016 – in line with the newest guidance of the World Health Organization, we initiate the first in Ukraine self-testing program. People in Kyiv were the first to take advantage of such an opportunity”. If you have any questions about self-testing or its results or in case you would like to get more detailed information on HIV prevention, diagnostics and care, please call our doctors at +38 (050) 425 00 46 or +38 (050) 425 00 36. Healthcare professionals will be available to provide their consultations on a daily basis from 1 to 30 December 2016 (9.00 – 21.00).
Our campaign supports the key messages of the global UNAIDS campaign on the World AIDS Day, HANDS UP FOR #HIVPREVENTION.

Alliance for Public Health is a leading Ukrainian non-governmental organization, co-implementer of the National HIV/AIDS Program and recipient of the Global Fund to Fight AIDS, Tuberculosis and Malaria. Though the main activities of Alliance are aimed at HIV prevention among the most vulnerable populations, significant efforts are made to also work with the general public, especially young people, as according to the official statistics the parenteral route of HIV transmission, which was typical for Ukraine in the first decade of the epidemic development, is no longer prevailing – according to the latest data, over 70%  of people are infected with HIV through sexual contacts. Only in the first 9 months of 2016, 189 thousand people in all regions of Ukraine were tested for HIV within Alliance programs, with 2.9 thousand positive test results (1.5%)!

On 1 December 2015, we held a rapid testing campaign at the railway stations of Kyiv, Dnipropetrovsk, Vinnytsia, Kharkiv and Kryvyi Rih, with 544 persons tested and over 3% of positive results.