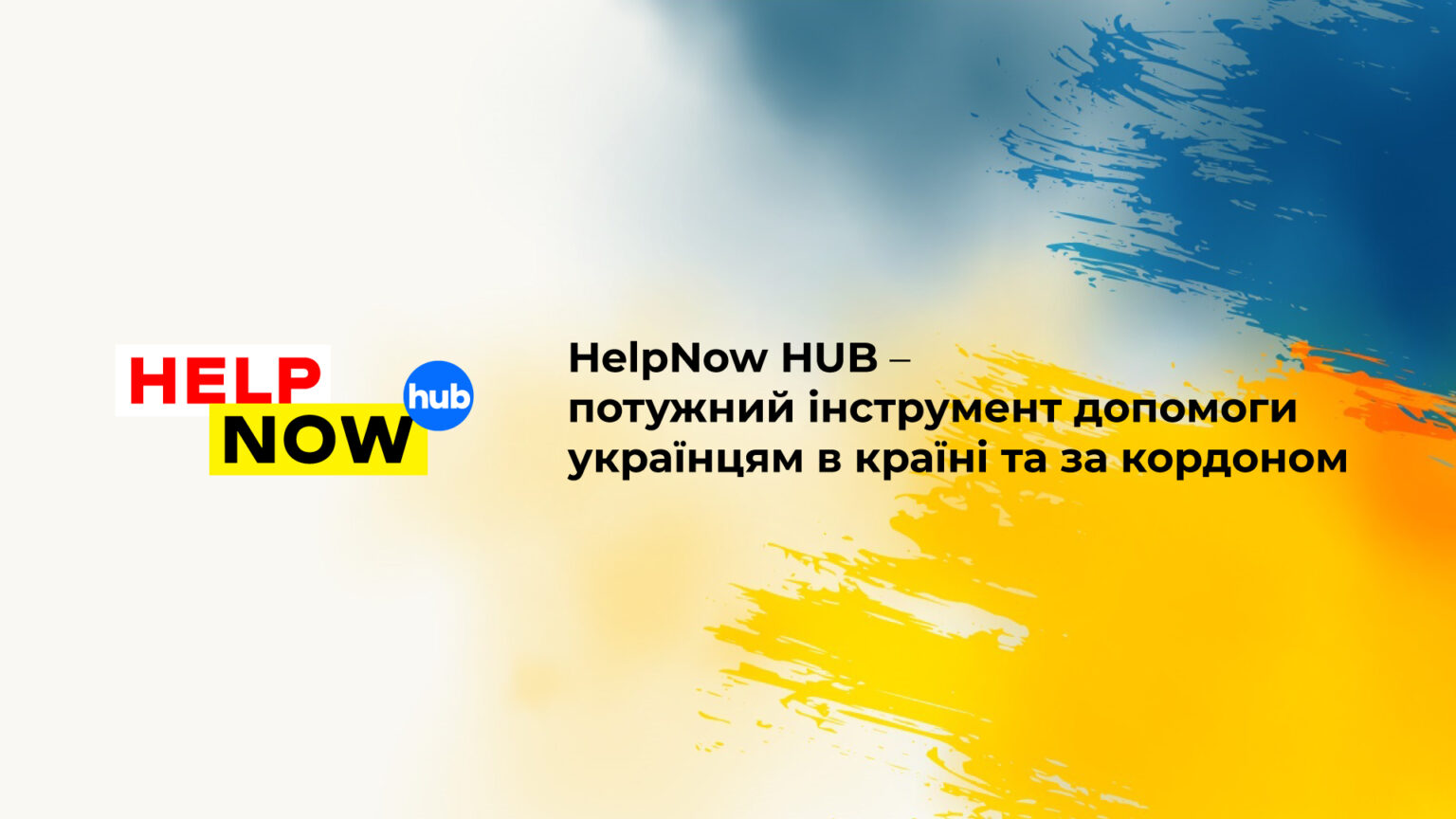 HelpNow HUB: a powerful tool to help Ukrainians in the country and abroad

The most demanded in Ukraine and abroad innovative hub #HelpNow https://helpnow.aph.org.ua was discussed on May 31, 2022, during the discussion and presentation “#HelpNow – help that can not wait.”

Almost 400 participants from 10 EECA countries attended the event. They all are concerned about the situation that arose due to the full-scale war in Ukraine. They discussed innovative approaches and responses to new challenges in Ukraine and abroad, i.e., access to treatment, telemedicine, shelters, a hotline for providing information on medicines in any country in the world, as well as humanitarian and social support for key groups affected by the war. Andreas Tamberg, portfolio manager at the Global Fund, highlighted his commitment to the #HelpNow HUB team, #SoS_project 2.0, and the Alliance for Public Health.

“We are confident that you will achieve significant success not only through our programs but also by helping those you encounter day-to-day.”

“The #SoS 2.0 project is a unique tool of the Global Fund, as it covers a wide range of countries and regions,”  Mr. Tamberg said. “It is driven by civil society forces that can apply the maximum flexibility and ability to find those who need services. We greatly appreciate your ability to improve health and save lives where they need to be. As part of the ongoing fighting and mass migration of Ukrainian patients because of the war, it is very encouraging that the Alliance remains in its place, and you are working with refugees, with victims not only in Ukraine but also in various countries of the region.”

Serhii Filipovych, director of #SoS 2.0 in the Public Health Alliance, introduced the work of the new HelpNow service and pointed out that in the crisis of russian military aggression in Ukraine, the role of broad interaction and support of friendly countries is significant.

“Since the beginning of the war, the #SoS 2.0 project has immediately become involved in the situation. The geography of our activities has expanded from the 15 countries involved in the project to more than 35 countries worldwide. Foremost, the neighboring countries, starting from the first week of the war, provided great humanitarian assistance to Ukrainians, mainly women with children, from the stage of crossing the border outside Ukraine and continued to create conditions for social and medical assistance and support. I’d also like to note the unique nature of the interaction between organizations, health care institutions, and partner non-governmental organizations. More than 20 NGOs and state institutions were involved in creating an information database and a system of assistance to Ukrainians in different countries,” Sergii Filippovych said in his speech.

With the support of the Global Fund, funds were allocated to create a special program to support Ukrainian patients in distress due to the war. In response to the war challenge, practically on a volunteer basis, the Alliance developed and launched an emergency coordination and information service on treatment in Ukraine and abroad – HelpNow within the framework of the regional project #SoS 2.0. This service provides information that helps Ukrainians access ART, PTAO, TB drugs, viral hepatitis drugs, and psychological assistance in Ukraine and abroad.

Another important achievement of the Alliance was the creation, back in peacetime, of the “Guide for contingency planning in the field of HIV”, which was shared in the public domain for wide use. “Ukraine was not preparing for the war, but we understood that the system of providing assistance to key populations can be very vulnerable in emergencies. Thus, we can already say that we were technically ready and immediately connected to solving problems”, – the project director #SoS 2.0 emphasized.

During the event, participants shared their experiences and developments and discussed critical areas of work and further steps that will help to respond quickly to the challenges during the war, i.e.:

Roman Halevych, UNAIDS Director in Ukraine, highlighted another important step in his speech. There is a need to review and expand HIV services so that people from key communities who had to leave their homes and cities due to russian aggression can receive HIV services in their host places.

In her turn, Vlasta Brodska, Head of the Emergency Response/#SoS 2.0 program, underlined that supporting NGOs in countries with a large concentration of people from Ukraine is essential. These countries are well known, thanks to the data of a coordination service operating in the hub.

Also, as part of the discussion, approaches to providing services in countries hosting Ukrainian refugees were discussed and presented in the example of Moldova, Poland, and Germany. During a separate session, there were presented new forms of communication and exchange of medical information between doctors respecting the patient’s rights. We talked about online counseling of patients on the principle of telemedicine, supporting and strengthening the capacity of clinicians who are involved in the system of medical care for HIV patients in Ukraine in the context of war within the clinical component of HelpNow. There was also raised the issue concerning the operation of shelters created in Ukraine and host countries for forcibly displaced Ukrainians due to the war.