The second city of Kyrgyzstan signed the Paris Declaration 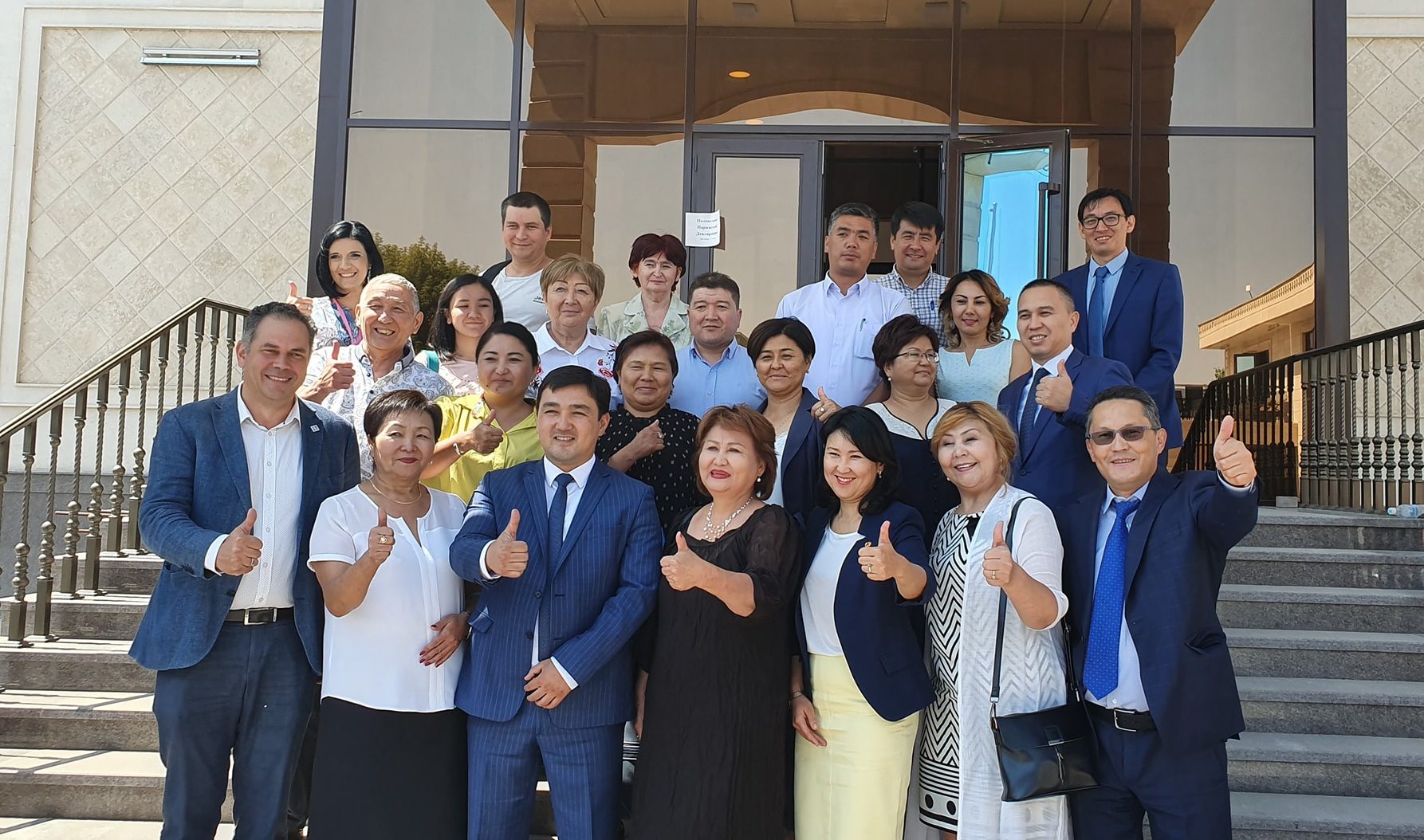 There is a replenishment in the global community of cities that have adopted the strategy to accelerate the fight against the HIV/AIDS epidemic (#FastTrackCities): on August 21, the authorities of Kyrgyz city Osh signed the Paris Declaration. Thus, a new important milestone has been achieved for the #SoS_project team. That is one more step for the Eastern Europe and Central Asia countries to approach a salvation of more than 280 thousand people living with HIV by sustainable HIV services provided.

Representatives of the Ministry of Health of the Republic, city authorities, UNAIDS subregional office for Central Asia, Alliance for Public Health, as well as other international and non-governmental organizations attended the signing ceremony. The Deputy Mayor of Osh, Nurbek Kadyrov, on behalf of the city authorities expressed his readiness to assume all obligations and actively cooperate with partners. The city hall has already approved a social order program for 2019-2020, where one of the main goals is to fight against HIV/AIDS, tuberculosis and hepatitis. Representatives of the city authorities expect that, together with partners and with the support of international organizations, by 2021 they will achieve 90-90-90 goals, and by 2030 the city will end the epidemic.

Currently, 1215 PLHIV are registered in Osh (more than 21.5% of the total number in the country), and 373 of them receive treatment. “This is very small number. We have something to work with,”Nurbek Kadyrov emphasized. – Therefore, we are ready to move in this direction. We don`t want the Paris Declaration to become a simple declarative statement, so we will work with partners on the municipal program with specific goals and with an appropriate roles distribution.”

As of August 1, 2019, about 9.3 thousand cases of HIV were officially identified and registered in Kyrgyzstan, more than 2 thousand people died, almost 80% of PLHIV know their status, 62% of them receive therapy. Aybar Sultangaziev, Association “Partnership Network” Director, also shares the optimism of the city government representative: “At the very beginning, when we were starting to raise the issue about the Paris Declaration signing – we didn’t have a clear idea what it actually was, – he recalls. – And although local authorities were involved in the processes, so far, we didn’t have close interaction with the public sector. I hope that now we will work closely together. What normally has to be done in 5 years, we will do in 3.”

Andriy Klepikov, Alliance for Public Health Executive Director, noted that Kyrgyzstan has set a clear example for other countries and the highest level of commitment to the fight against AIDS in Central Asia. Indeed, this is the only country in the region where the two main cities – Bishkek and now Osh, have confirmed their strategic intention to stop HIV/AIDS.

“The signing of the Paris Declaration does not imply shifting all responsibility for the response in the fight against HIV / AIDS to the city only. On the contrary, it is a mechanism for attracting additional resources and international expertise that will accelerate the municipal response of the epidemic, he said. “For our part, the regional team #SoS_project, for our part, guarantees support for this process and its further steps.”

According to Mr. Klepikov, it is very important to treat the signing of the declaration, which is a political document, not as a goal, but as a tool to achieve victory over the epidemic. And without the active efforts of all parties, achieving this will not be easy.

“It is important to fill the obligations of the city authorities with joint efforts so that they work for the global goal that all countries of the world have signed up to achieve global goals 90-90-90,” he said. “We would like to emphasize the importance of interaction between the public sector, non-governmental organizations and international structures.”

The Joint United Nations Program on HIV/AIDS representatives also expressed their support  to Osh city. UNAIDS Country Director Meerim Sarybaeva, who became the second signatory to the declaration, emphasized that Osh has always been in a good position, often ahead of other major cities in the country and in the region.

“Given the epidemiological situation, we see that a lot is being done,– she said. – I hope that the signing of the Paris Declaration will make treatment and prevention even more accessible, more people will be tested for HIV, thereby creating a favorable environment in the city. The City Hall initiative will help to all prevention programs move forward, thereby creating an environment without stigma and discrimination, involving all vulnerable segments of society, all possible parties that should be participants in this process. Respecting human rights, we will achieve all our goals.”

The Republican government, in turn, at the legislative level supports the initiatives of local authorities to combat the HIV/AIDS epidemic, adopting the necessary documents and following the World Health Organization (WHO) protocol recommendations. The country approved the government program “Human Health – A Prosperous Country” until 2030, in whichHIV control occupies a leading position. In addition, state programs on HIV are adopted every 5 years. All important events are planned, and the 90-90-90 strategy is adopted in the latest program for 2017-2021. This was explained by Sharipa Suvanalieva,a leading specialist of the Ministry of Health.

“The peculiarity of the program is that the executor is not only the Ministry of Health of the Kyrgyz Republic and health authorities, but also other ministries and departments. Moreover, municipal authorities are of great importance,– said Ms. Suvanalieva. – Testing coverage is carried out for all population groups, mainly pregnant women and their sexual partners. For the first time, the country allocated funding in the amount of 3 million soms (about $ 43,000) for non-governmental organizations that conduct prevention programs. And the curtailment of laboratories amount, from 48 to 11, helped to increase their effectiveness. In order to increase coverage, 17 clinical protocols will be reviewed in accordance with the WHO recommendations. A list of vital drugs is regularly updated. Well and, besides everything else, we are working towards commitment – we have developed a plan to attract people who refuse treatment.”

The Paris Declaration assumes that the city commits itself to do everything to achieve 90-90-90 by 2020. This means that 90% of all residents should be tested for HIV, 90% of infected should receive treatment, and 90% of them should have zero viral load (the virus must be completely suppressed). According to the World Health Organization, by 2030 the world will be able to stop the HIV epidemic.