On the All Lovers Day the Alliance joined the global fundraising campaign to combat HIV, TB and malaria 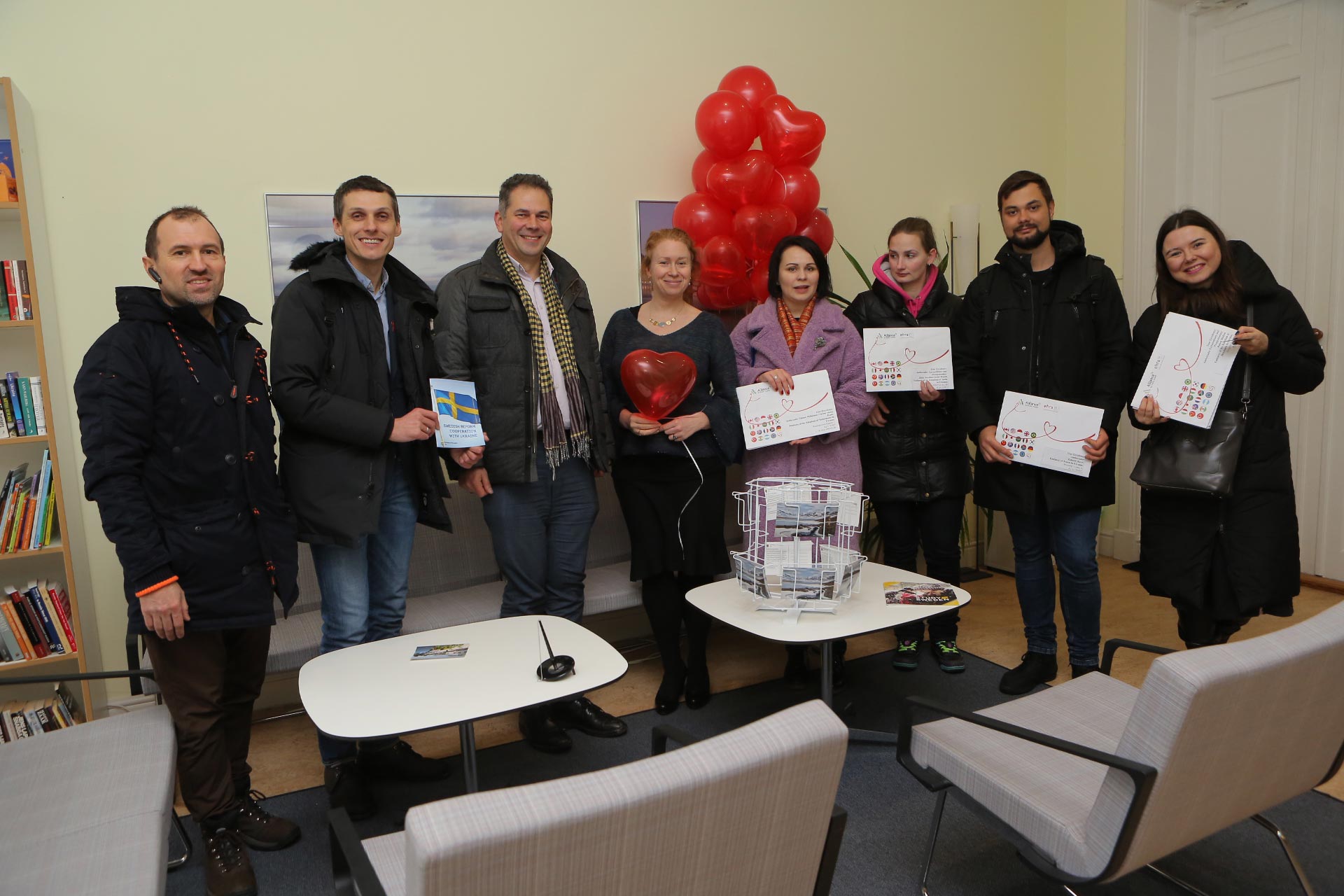 Today, on the All Lovers Day, the Executive Director of the Alliance fpr Public Health (Alliance), together with representatives of key communities, visited Kyiv embassies of top ten countries that are key donors of the Global Fund to Fight AIDS, Tuberculosis and Malaria, and sent letters calling for continued support for HIV and TB control programs in the Eastern Europe and Central Asia (EECA) countries and making a financial contribution to the Global Fund within the framework of the sixth replenishment period. The Alliance and the Eurasian Harm Reduction Association, which initiated an action in the EECA region, collected 135 signatures under the requests from non-governmental organizations from Ukraine, other EECA countries and regional organizations to the ambassadors of the leading countries of the world. The letters were personally handed over to staff and authorized representatives of the embassies of Austria, Italy, Canada, the Netherlands, Germany, Norway, the United Kingdom of Great Britain and Northern Ireland, the United States of America, Finland, France, Sweden and Japan. In general, they submitted today to the embassies of 26 states in Ukraine.

The objective of the action was to support the Global Fund’s efforts to ensure the required level of investment within the next recurring replenishment period for the next three-year cycle (2020-2022). The Global Fund set as the basic task to raise USD14 billion. In fact, according to the GFAN “Get Back on Track” report, it is necessary to raise USD18 billion. The United States can help save at least 16 million lives, halve HIV, tuberculosis and malaria mortality rate, and create stronger and more sustainable health systems by 2023. “Our goal is measured not by money. Our goal is to save at least 16 million lives. And for this the Global Fund needs to collect USD16.8 to 18 billion, – said Andriy Klepikov, Executive Director for the Alliance and Member of the Developing Countries NGO Delegation to the Global Fund Board, – In the EECA region, Ukraine is the largest beneficiary of the Global Fund. At the same time, Ukraine has demonstrated donors the most convincing results of taking control over HIV and TB epidemic. We are proud of the fact that it is the civil society organizations and key communities have become the driving force behind this campaign – 135 organizations from 18 countries have provided indisputable arguments for the further full-fledged work of the Global Fund, setting their own work as example! “ “As a person who has been receiving essential treatment with the support of the Global Fund for the last 15 years, and today helps hundreds of thousands of people from the most vulnerable communities to obtain it, I understand, as hardly anyone else, how important it is to continue, because the fight against HIV and TB epidemics goes on. The Global Fund not only saves lives, it makes people happy and fills their lives with love! Thus, on this day, we say to donor countries – love more, support more!”- said Anton Basenko, leader of the community of people who use drugs and live with HIV in Ukraine and EECA region. The action was timed to the All Lovers Day, as it is the most favorable date in the beginning of the year to thank the ambassadors of the most responsible states and to urge the countries to demonstrate their ongoing commitment to combating the three diseases and to increase the financial contributions of the states to the Global Fund. Moreover, today’s action has become an opportunity to raise awareness and attract potential new donors from the EECA region, including countries such as Estonia, Kazakhstan, Latvia, Lithuania, Poland, Slovenia, Hungary and Croatia.

Global Fund Advocates Network Asia-Pacific (GFAN AP) is the initiator of the “Love More Give More” campaign, dedicated to the All Lovers Day, joined by more than 45 countries from the African and Asia-Pacific region.