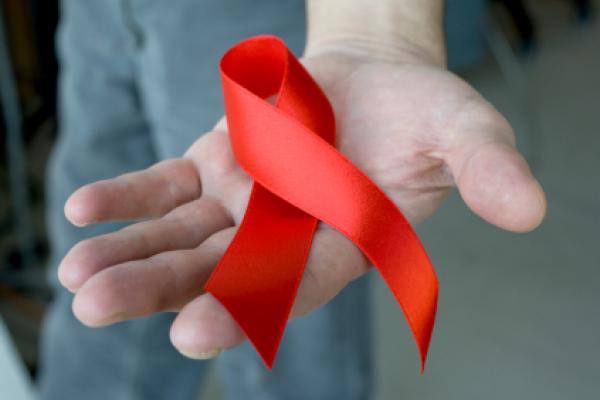 Traditionally, on the World AIDS Day the Alliance for Public Health as a co-implementer of the National Targeted Social Program for Countering HIV/AIDS in Ukraine and co-recipient of the Global Fund to Fight AIDS, Tuberculosis and Malaria, would like to present the recent trends in the spread of epidemic and its achievements in the response to it.

The year 2015 was a hard year both for the state and for non-governmental organizations providing humanitarian aid and social support. The President of Ukraine, speaking at the UN Sustainable Development Summit, noted that the country was able to decrease HIV/AIDS morbidity indicators and make progress in countering tuberculosis. To a great extent, those results were obtained through the coordinated efforts of non-governmental organizations, civil society, social workers and volunteers. Alliance is proud that it has also made its contribution into achieving the above results.

Meanwhile, we do not have time to rest on our laurels. Ukraine continues suffering from the HIV/AIDS epidemic, and the year 2015 was not an exception. Currently, there are 127,400 people living with HIV officially registered with AIDS centers in Ukraine, though the estimated number of such people is over 217,500 (almost 0.5% of the general population). As a result of tough economic situation, military conflict in the East of Ukraine, humanitarian crisis and large-scale internal migration, the risks of spread of infectious diseases increase tens times. The most critical situation is observed in Donbas, which turns into a “black hole” of uncontrolled spread of dangerous epidemics!

Though the war has not influenced the official HIV statistics yet, the indicators among key populations are already aggravating. Thus, according to a recent biobehavioral study conducted by Alliance, HIV prevalence among people who inject drugs in Donetsk grew by 30% (from 26.5 to 34.7%), and in Luhansk – more than twice (from 3.2 to 7.3%).

Despite all the difficulties, thanks to Alliance support and dedicated efforts of social workers, prevention projects are still operating in the areas temporarily out of control of the Ukrainian Government. Within the challenging context, Alliance together with its international and local partners has already effected 6 deliveries of supplies to the areas in the East of Ukraine not controlled by the Ukrainian Government, in particular over 8.2 million units of medical goods, including 50 thousand tests for HIV, hepatitis, STI, 23 thousand packs of tuberculosis drugs, etc.

On the background of considerable intensification of sex work in the areas of military operations on the both sides of the war zone, special attention should be paid to the situation with unprotected sex. The results of a recent TNS study carried out at the Alliance initiative, 61% of over 3.500 respondents from among soldiers who came back from the war zone in the East of Ukraine or were conscripted to the military forces did not use condoms during the most recent sexual contact, and 18% had sex with casual partners. Such situation is due to the lack of condoms in military units and in individual aid kits and due to the insufficient awareness-raising activities in the military forces. Recently, Alliance initiated cooperation with the Ministry of Defense of Ukraine to arrange effective preventive activities among the troops.

Over ten years of prevention activities demonstrate a real impact on the epidemic in Ukraine, in particular among people who inject drugs (PWID). According to the official statistics, a reduction in the number of new HIV cases is registered on an annual basis. Thus, in 6 months 2015 1.900 cases of HIV were registered among PWID, which is almost twice less than in the same period of 2008 (3.500 cases). This trend in the PWID population starts leading to the reduction in HIV indicators among the general population: HIV prevalence went down by 15%, from 877 cases per 100 thousand tests in 2008 to 739 cases per 100 thousand tests in 2014.

The key area of Alliance activities – HIV prevention and treatment in the most vulnerable populations – remains the most effective strategy of HIV response in Ukraine.

Thus, in 2015 the minimum package of prevention services (in particular in the occupied Crimea and areas in the East of Ukraine not controlled by the Ukrainian Government) was provided to 192,000 people who inject drugs, 32,000 sex workers and 29,000 men who have sex with men. This is 8% or 17.600 more than in 2014. Preventive materials were distributed, including 14 million disposable syringes and needles and 10.2 million condoms. In 2015 Alliance through 84 local partner NGOs implemented prevention programs in the total amount of UAH 125 million and procured medical goods and health products for over UAH 380 million.

Rapid testing for HIV, in particular in mobile clinics of Alliance, which work in all regions of Ukraine, proved effective again: each further testing reduces the risk of infection by 36-52%. In 2015 the number of key population members who were tested with rapid tests within Alliance projects, was increased 2.2 times (168.600), which allowed detecting almost 40% more positive results, leading to 1.400 people with HIV getting registered with AIDS centers and 634 initiated on ART.

Four times more members of key populations were covered with screening testing for tuberculosis as compared to 2014. As a result, 10% of positive results were received, which is 2.4 times higher than last year. There were 405 people diagnosed with TB, with 350 of them initiated on treatment.

Advocacy activities of Alliance aimed at scaling up access to Hepatitis C diagnostics and treatment in key populations resulted in the launch of the first in Ukraine free treatment program for people with HIV/HCV co-infection with a new direct-acting antiviral agent, Sofosbuvir. Over 200 patients currently receive (or have already completed) their treatment, with 1,250 more patients to be provided with treatment next year.

War in the East of Ukraine, financial and economic crisis and corruption in state procurement this year nearly for the first time in the history of independent Ukraine endangered uninterrupted treatment for tens thousands of people living with HIV. In this context, prevention programs which were not funded from the state budget even in stable times may only count on the support of the Global Fund, which presented a clear requirement to the Ukrainian Government as early as in the beginning of the year: develop and implement an effective plan of gradual transition of prevention programs to state funding.

But so far Alliance together with its reliable partners continues withstanding the blow in the tough fight with the epidemic!