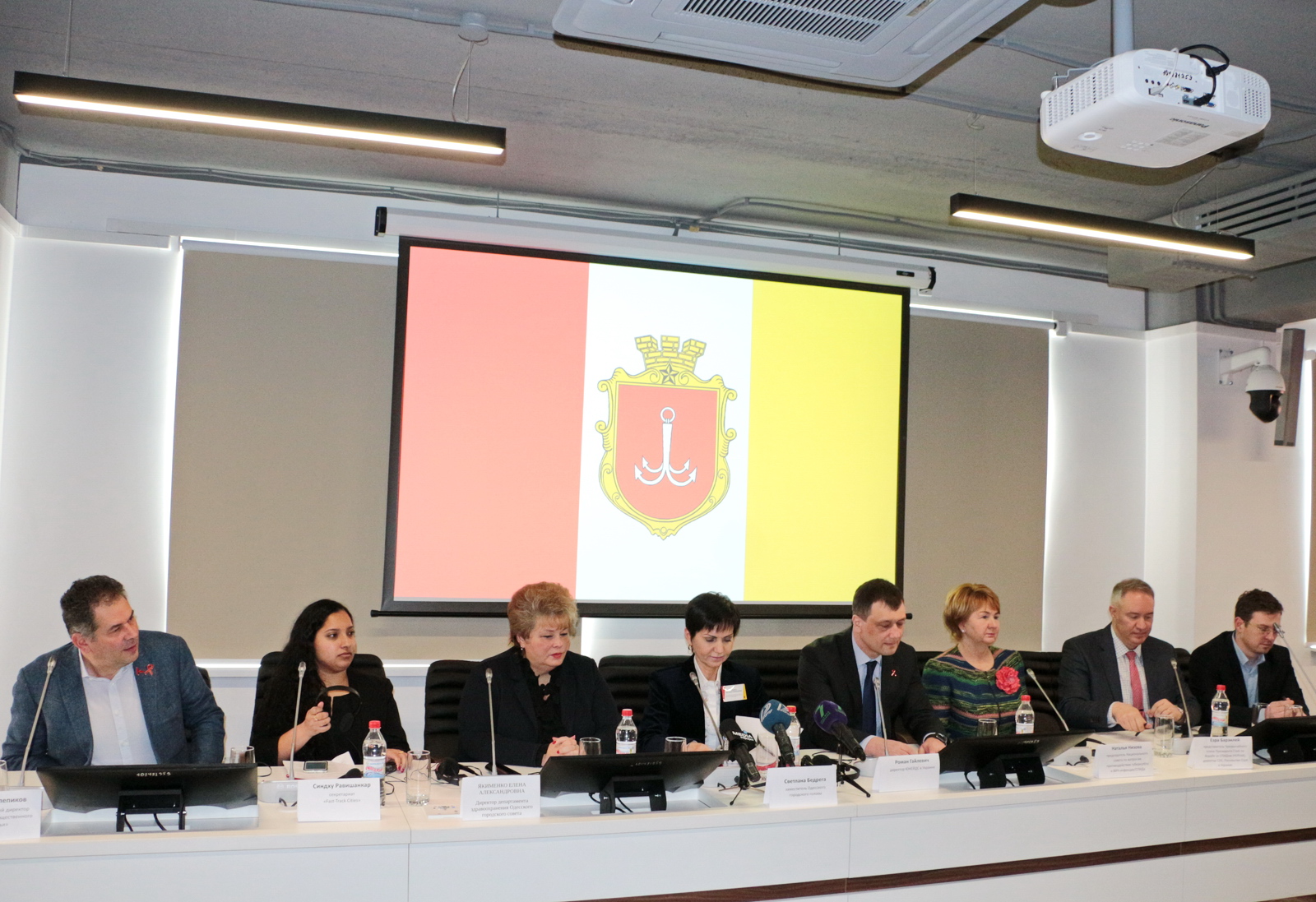 Today in Odesa, the Fast Track Cities partners meeting took place, showcasing impressive results in the fight against HIV/AIDS in the city. Two years ago, in the framework of the regional project “Accelerated response to the HIV/TB epidemic among key populations in Eastern Europe and Central Asia” of the ICF “Alliance for Public Health”, the Odesa Municipality joined the Fact Track Cities Global Initiative to overcome the HIV/AIDS epidemic by 2030. The synergetic work of the Alliance, Odesa City Council, partner NGOs and key populations has led to an increase of 50% in the number of ART patients. For comparison, in Kyiv, which is also a city of Fast Track Cities initiative, the progress made for the same period amounted to 43%, and is even less throughout Ukraine – 37%. “Two years ago, Odesa decided to make a pivot point decision to become the Fast Track city, that is, implement accelerated action in the fight against HIV and tuberculosis. The Alliance for Public Health supported the Odesa city authorities all the time, and today the city, in partnership with non-governmental organizations and key populations, reported convincing results – by 50%, the number of people receiving ARV therapy in comparison with 2016 has increased. Significant results in the fight against tuberculosis – the implementation of patient-oriented programs has improved the TB treatment coverage from 56% in 2016 to 77.4% in 2018, and even up to 82.8% in the framework of the observed treatment pilot”, noted Executive Director of the Alliance for Public Health Andriy Klepikov. “Odesa’s success in the fight against HIV/AIDS is the great achievement of a joint, and most importantly, a concerted effort of city authorities and non-governmental organizations. We are very grateful to public organizations, including the Alliance of Public Health, which is one of the key organizations in the fight against the HIV/AIDS and TB epidemic, for sharing their experience with key populations not only at the local, but at the European level, which gave us an opportunity to consider the things familiar in our work from a different perspective and become even more effective in achieving the goals of the Fast Track Cities initiative”,  said Deputy Mayor of Odesa Svitlana Bedrega. Moreover, within the framework of this program, since December 2018, 2 211 injecting drug users received harm reduction kits procured from the municipal budget and distributed through municipally-owned pharmacies for a total of UAH 100,000. In general, for the period 2017-2018, UAH 419,000 were allocated from the municipal budget to non-governmental organizations in the framework of competitions of social projects for HIV prevention and expansion of access to substitution maintenance therapy.

“The Fast Track Cities Initiative envisages the mutual responsibility and accountability of local government and civil society under the strong leadership of the Mayor. We observed this in Kyiv, and now we are seeing this in Odesa, where the Mayor and civil society are jointly reporting to the City Council on achievements and work together to find the most effective way to achieve the 90-90 -90 goals”, says UNAIDS in Ukraine Director Roman Gaylevich.